Two of the Ex-Cops Charged in the Killing of George Floyd Were on the Job for Less Than 4 Days: Lawyers 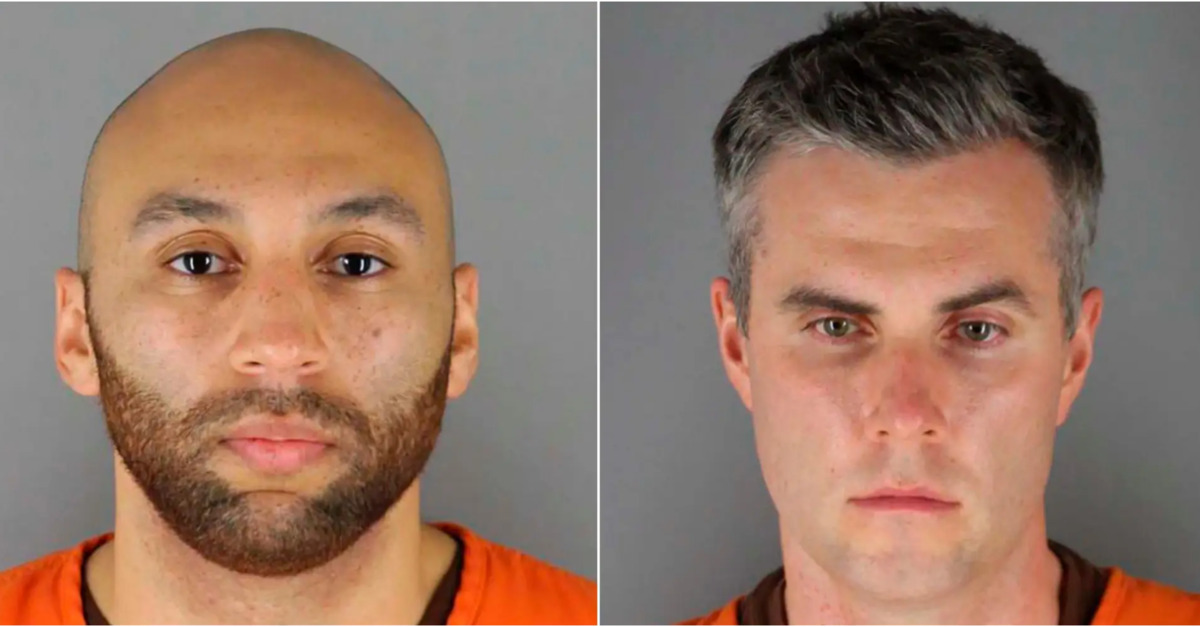 Thomas Lane and J. Alexander Kueng, two of the former Minneapolis police officers recently charged in the death of George Floyd, had been working as cops for less than four days when the deadly incident occurred, according to their attorneys.

While perhaps technically true, previously released records show that Lane and Kueng were hired by the Minneapolis Police Department in February 2019 and became full officers in December of that year. The citations appear to be a reference to their time on the beat.

Lane and Kueng appeared in a Hennepin County courtroom on Thursday–their first appearances in their respective cases. Their defense teams argued the brevity of their time on active-duty as part of an ultimately unsuccessful attempt to have their bail reduced.

Kueng’s lawyer Thomas Plunkett argued that Floyd’s death occurred during the since-fired officer’s third shift. He requested leniency and $200,000 bail without conditions but was denied.

Plunkett said that Kueng told his told fellow officers “you shouldn’t do that,” in response to the way Floyd was being treated by the other cops. Footage, however, shows that Kueng himself took some part in the restraint used against Floyd as he lay dying.

Similarly, Lane’s lawyer Earl Gray argued that since it was only his client’s fourth day on the job, it was “unreasonable” to expect him to try and remove former officer Derek Chauvin’s leg from Floyd’s neck. Gray “repeatedly” referenced that time frame during the Thursday morning hearing, according to local CBS affiliate WCCO.

Gray claimed that his client had asked Chauvin if Floyd should be rolled over and consistently argued the case his client was weak.

He added that Lane had attempted to perform CPR on Floyd while he was in the ambulance. “Where is the willful intent?” Gray asked.

“What was my client supposed to do but follow what his training officer said?” he asked the judge. “Is that aiding and abetting a crime?”

Gray requested bail be set at $50,000; that request was also denied.

The defense attorney later elaborated on his thoughts before a press assemblage outside of the courtroom.

His amended criminal complaint alleges the former police officer committed second degree murder under the theory that Floyd’s death was expressly unintentional but occurred during the course of committing a separate felony–assault in the third degree.

In a hard-to-watch clip viewed by millions of people, Chauvin can be seen sharply pressing his knee into the back of Floyd’s neck for several minutes before he loses consciousness. Floyd repeatedly cries out: “I can’t breathe” and pleads for his “mama” to no avail.

Thao is also seen in the original video–standing and watching while Floyd lost consciousness.

Later footage and photographs of the incident showed that Kueng and Lane were also involved in restraining Floyd prior to his death.

Judge Scoggin ultimately agreed with the recommendation by Minnesota Assistant Attorney General Matthew Frank to set the three recently-charged ex-cops with unconditional bail at $1 million apiece and bail at $750,000 apiece with certain conditions.

Their next court appearance is scheduled for June 29.