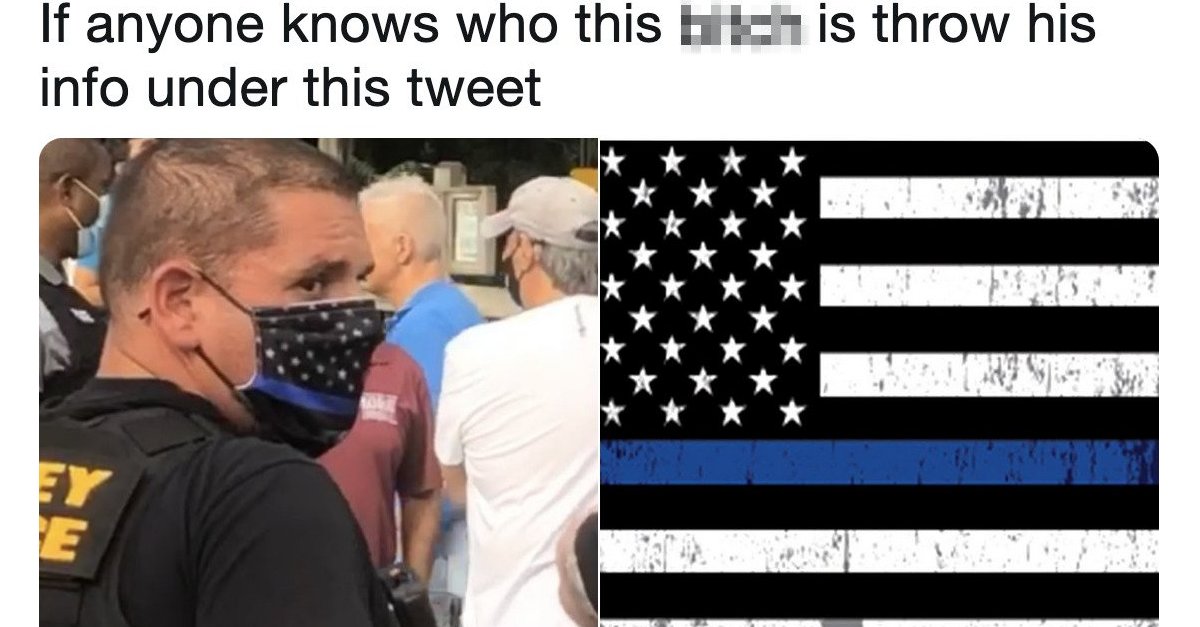 A woman in New Jersey was facing a felony after retweeting a pro-Black Lives Matter tweet.

The charges were leveled against her and four others in late July but were dropped by a local district attorney on Friday.

“After reviewing the cases, we concluded there was insufficient evidence to sustain our burden of proof,” Essex County Prosecutor’s Office spokesperson Katherine Carter told the Asbury Park Press on Friday. “Consequently, we moved today to dismiss all charges.”

“On Friday, June 26, my friend attended a BLM solidarity ride out/protest,” her story begins. “At the protest, they were met with anti-BLM counter-protestors; separated by a wall comprised of officers from the Police Department. I physically did not attend this protest but shared my support by RETWEETING his tweet.”

“His tweet was a picture of the cop turning his back and his badge # was NOT VISIBLE,” Sziszak’s post continues. “My friend stated that he felt threatened by this cop and attempted to specifically identify this cop via tweeting. I did not reply, did not say anything against this cop, and had zero clue to who he was. I simply retweeted because I feel that just as with anyone we should hold our officers accountable. The purpose of this tweet was to find out the officers information, to hold him accountable.”

Her life changed on July 29 when she was charged with a felony count of cyberbullying because the officer identified in the original tweet claimed he felt unsafe.

A recent article in The Verge details additional aspects of the story.

The tweet was originally shared in response to a June 26 Black Lives Matter protest. The original poster accused the officer included in the tweet of being “very friendly” with counter-protesters, covering up his badge and for “befriending someone harassing” him.

The original message by Kevin Alfaro has since-been deleted but read: “If anyone knows who this bitch is throw his info under this tweet.”

Alfaro described his own experience in a separate GoFundMe:

As a citizen exercising my 1st amendment rights, I felt threatened that a public servant was befriending blatant racists. In an attempt to identify a specific police officer who was befriending someone harassing me, I uploaded a photo with the intent identifying an officer wearing a “blue lives matter” mask which has lead to my current legal situation. On 7/12 I received a court summons and am now facing fourth-degree crime charges which carry a possibility of time served. It is very unheard of to go into court against the police and win

Sziszak and three others retweeted the post. The maximum sentence for cyber harassment in the Garden State is 18 months in jail and a $10,000 fine.

“I’ve never seen anything like it,” Sziszak’s attorney Alan Peyrouton told the Verge. “I don’t see how that rises to the level of a crime.”

“You’re allowed to express your disapproval or dissent of how your government is behaving,” he later told the Washington Post. “It is protected speech.”

The American Civil Liberties Union of New Jersey also reportedly got involved in the case.

“I’m upset that an officer claims he feels threatened [and] cyber bullied over me RETWEETING a tweet asking for his information,” Sziskak’s post concludes. “I feel that he is taking advantage of him being a cop and is putting me in a place of fear for his advantage. While I search for a lawyer, work, and try to understand the charges, he is able to have full protection through the same department that is charging me.”

Her attorney thanked the prosecutors for coming to their senses on what would have otherwise been an unprecedented First Amendment test case.

“The Essex County Prosecutor’s Office made the right decision,” he told the Asbury Park Press. “My client is very happy that this whole nightmare is over.”