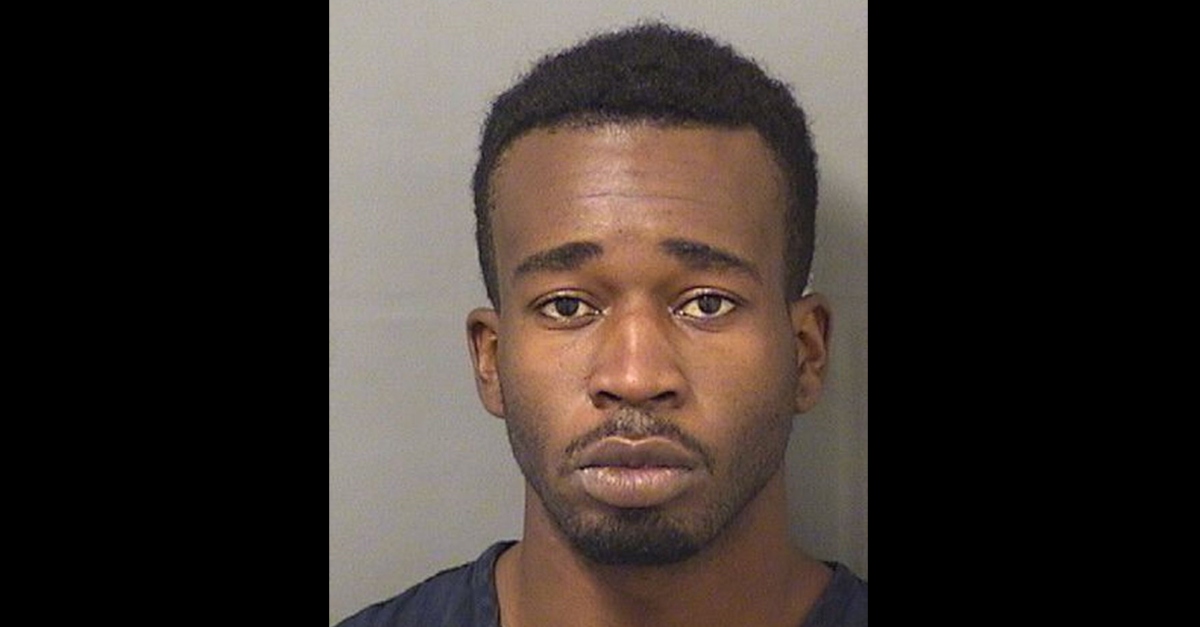 Update: Dumercy was found guilty of the lesser-included charge of second-degree murder. You can learn more here. Our original article is below.

Delinord Dumercy, 24, stands trial again in West Palm Beach, Florida over the murder of James D’Angelo Peoples, 22. His first trial ended in a mistrial in October. The jury was deadlocked. Now another set of 12 people will decide if he should be convicted as charged of first-degree murder with a firearm.

Both sides agree that Dumercy shot Peoples at a Chevron station on December 8, 2016. The alleged motive: the victim was with the defendant’s ex-girlfriend.

Dumercy’s attorney have argued it was self-defense. He testified at his first trial that Peoples had threatened him.

According to an arrest report obtained by Law&Crime, the victim’s girlfriend said Dumercy had previously threatened her and her unborn child.

On the day of the murder, she was in her car with Peoples, she said. She said she had picked up her little brother from a school dance, and was traveling west when she saw Dumercy riding his bike. She said that Peoples asked her to stop her vehicle at a shopping center, and that he walked toward the Chevron. She followed him in her vehicle, and saw Dumercy shoot him at the Chevron, she said in the report.

As far as investigators were concerned, the defendant confessed to murder. He turned himself in the day after the incident, and after being Mirandized, he told authorities he had been angry over Peoples dating his ex-girlfriend, who was the mother of his unborn child. He said that he stood over the victim and fired at least one more round into him. Furthermore, the defendant allegedly admitted to even shooting Peoples while the victim was grabbing his leg.