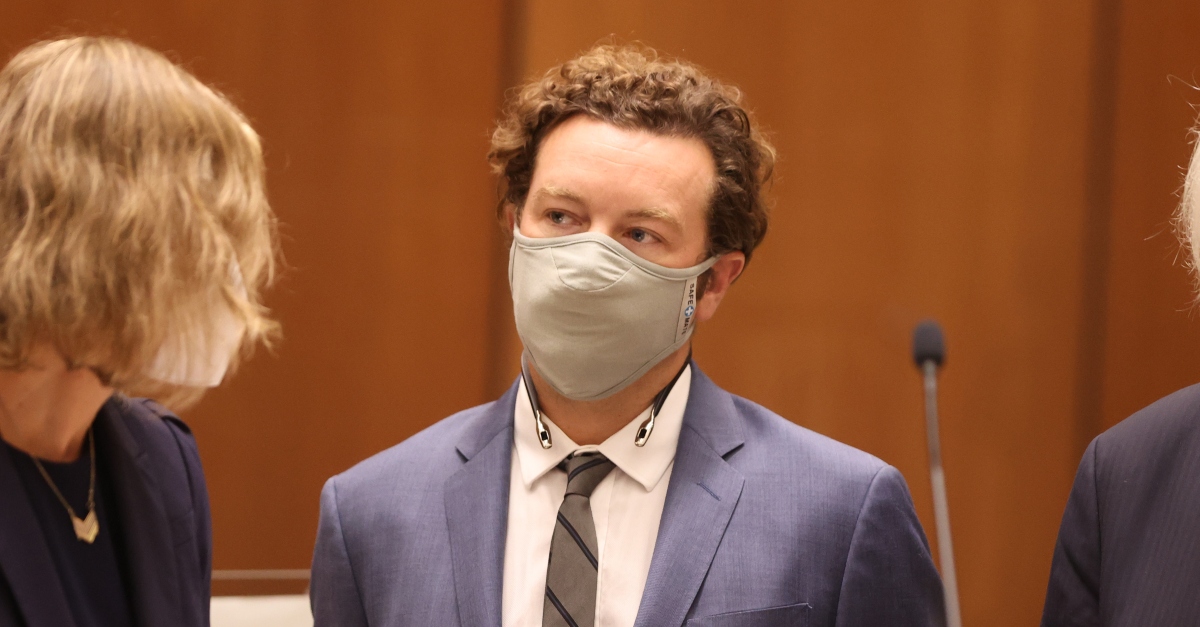 Attorney Tom Mesereau, a lawyer for actor Danny Masterson, entered a not guilty plea on the defendant’s behalf at an arraignment on Wednesday in Los Angeles County, California. The defendant was not present.

Masterson was charged with three counts of rape by force or fear, and if convicted, faced a maximum penalty of 45 years to life in prison.

In a hearing last year, his defense argued that the allegations at hand had expired under the relevant statutes of limitation.

The passage of time was immediately a theme in the defense’s approach to the case.

“Mr. Masterson is innocent, and we’re confident that he will be exonerated when all the evidence finally comes to light and witnesses have the opportunity to testify,” attorney Tom Mesereau said in a statement provided to Law&Crime when charges were first filed last June. “Obviously, Mr. Masterson and his wife are in complete shock considering that these nearly 20-year old allegations are suddenly resulting in charges being filed, but they and their family are comforted knowing that ultimately the truth will come out. The people who know Mr. Masterson know his character and know the allegations to be false.”

Update – 12:31 p.m.: This article has been updated to reflect that the hearing is over, and Masterson’s attorney entered a plea on the defendant’s behalf.