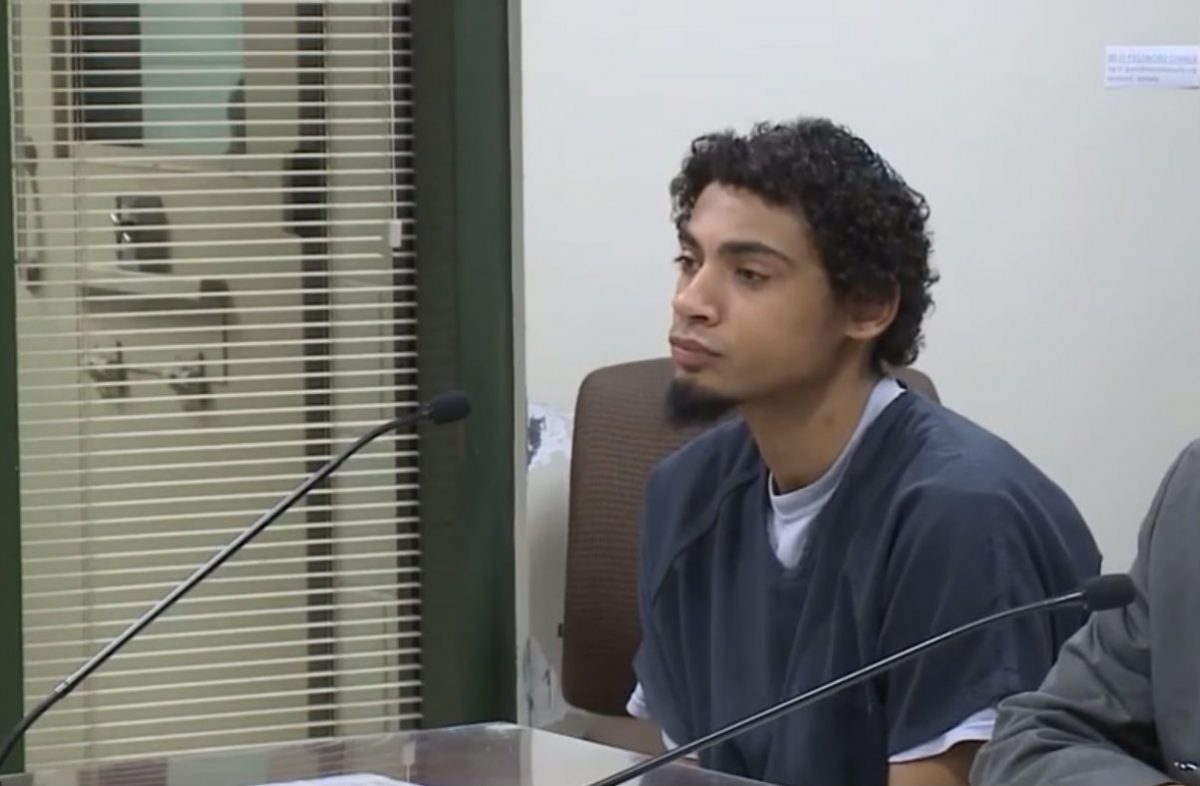 Closing arguments are complete in the Kenosha, Wisconsin murder trial of 20-year-old Daniel Tate. Tate is accused of murdering 17-year-old Olivia Mackay, hiding her body under trash bags in a grassy area, and stealing her car.

Kenosha County District Attorney Michael Graveley told jurors they could not use guesswork or speculation to arrive at a verdict. He then laid out the facts of his case.

Graveley told jurors that Tate had a baby with his girlfriend. Tate told the girlfriend that he needed to steal a car (or two) and get a job. Meanwhile, Tate began communicating with Olivia Mackay online and made plans to meet up with her. Tate later asked Mackay how she would meet him. She said she would be driving. Gravely argued that Tate set a trap for Mackay by feigning romantic interest when really he just wanted her car. “She’s going to have to die,” Graveley believes Tate rationalized. If he had merely taken the car, the police would have been on to him in 15 minutes, Graveley argued.

Tate “conditioned” Mackay to think he was into something sexually “freaky,” Graveley said, and then lured her to a secluded place — the beach — to murder her and take her car.

Graveley said Mackay died being strangled to death and with her head being held underwater.

Gravely argued that Tate didn’t have the strength to carry Mackay’s body, so he dragged her to her own car, threw her in the trunk, and then drove to where he disposed of her body. Tate wore hospital gloves and covered Mackay’s body with garbage bags. The bags came from Tate’s grandmother’s house. A pair of used gloves which were turned inside-out were discovered next to the couch where Tate slept.

Many of the state’s details originated with Tate’s friend Jamari Cook.  Cook said he stood by as Tate killed Mackay, then helped Tate make off with the car and hide the body. Cook said Tate was the only one involved with Mackay’s actual murder. Cook faces charges for helping hide the body and taking the car.

Prosecutors painted a lurid picture of Mackay’s final moments while arguing that Tate’s plan didn’t require a lot of physical effort. “You don’t need an ounce on strength to end Olivia’s life that night. Olivia has been told in a lie . . . ‘let’s go enjoy the beach,'” Graveley said.  “Imagine Olivia.  This man likes me.  We’re on a romantic beach.  The surf, the wind . . . it’s like . . . the romantic movies.  They were hugging.  She thinks he’s coming in for the kiss; for affection.  It takes not an ounce of strength to come behind her and squeeze,” Graveley argued.

Graveley then recounted text messages from Tate to others, including a former girlfriend, which he said proved that Tate was trying to unload Mackay’s car. The messages revealed that Tate wanted to get rid of the car for cash in a hurry. Tate was “desperate,” Graveley said. Tate lied about who owned the car and admitted he didn’t have a title document, Graveley argued.

Defense attorney Carl Johnson argued that no physical evidence linked Tate to the crime and that Cook was the real killer. The only fingerprints on the garbage bags were Cook’s. Cook’s testimony implicating Tate was riddled with inconsistencies and cannot be trusted, Johnson argued. Plus, Johnson said Cook had reasons to lie by implicating Tate:  he knew that he’d enjoy leniency in his own case by helping prosecutors go after Tate.

That Jamari Cook killed Mackay alone — and without Tate’s help — is a reasonable hypothesis based on the evidence, Johnson told jurors. Johnson said such a hypothesis which suggests the defendant’s innocence must result in an acquittal.

Johnson, the defense attorney, also questioned why the state brought three of Tate’s ex-girlfriends to the stand to testify that he engaged in consensual choking during sex. The choking was limited to sex, and Olivia Mackay wasn’t sexually assaulted, the defense argued.

Johnson further questioned why the state recovered the gloves from near where Tate slept but never tested them for DNA. He also argued that Cook is a larger man — larger than average — and larger than Tate. Cook could have more easily overpowered Mackay and killed her.

During a rebuttal, Graveley said that if Tate is innocent, he is the “single most unlucky man” in world history. Too much of the evidence — including Tate’s own social media and text message history — suggest guilt, and Tate tried to delete the messages without realizing investigators could find them.

[Image via screen capture from WISN-TV.]