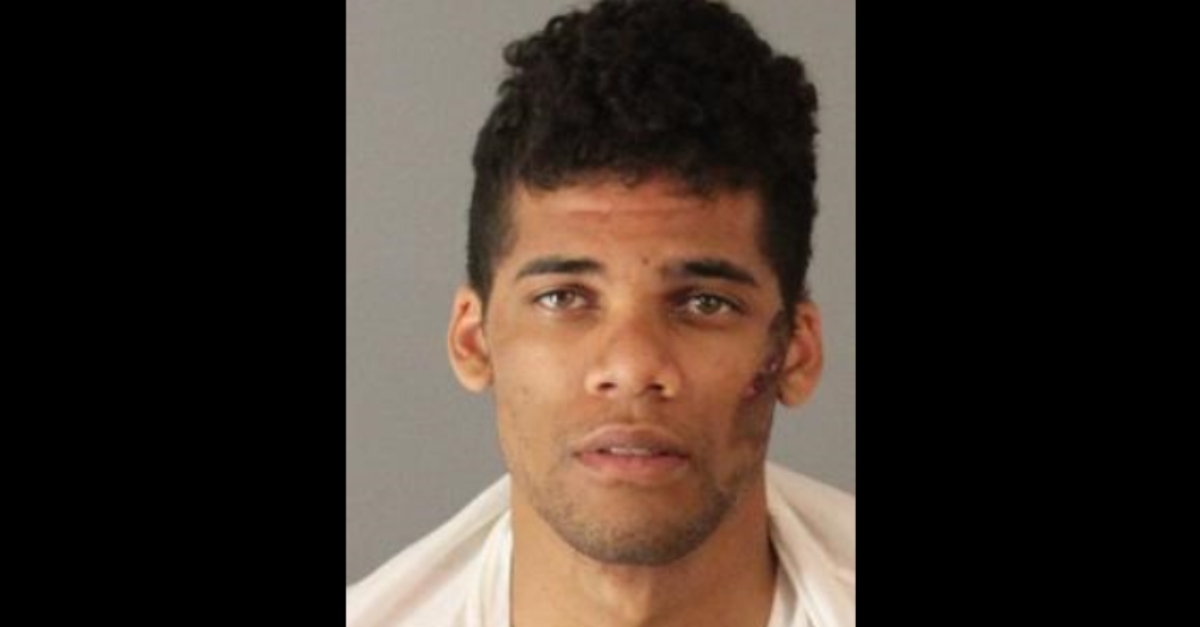 In less than 10 years, California man Brandon Willie Martin, 27, went from a promising early pick in the MLB draft to spending the rest of his days in prison. All of that potential was washed away the moment he murdered his father Michael Martin, 64, maternal uncle Ricky Andersen, 51, and ADT alarm installer Barry Swanson, 62. Prosecutors said he lashed out after his family put him on a 72-hour mental health hold, beating the victims to death with a baseball bat. Accordingly, the judge sentenced him on Friday to life in prison without the possibility of parole.

Defense lawyer Edward Welbourn maintained his client suffered from mental illness. Indeed, Brandon Martin had a history of behavior problems, with his minor league career tanking in part because of his clashes with coaches. The mixed-raced defendant, who lived with his parents after getting released, called his Black father a slur, used skin lighteners, and hated being Black. He also attacked his mother in one reported incident, putting scissors to his mom’s neck.

Mother Melody Martin had said that, in her mind, her son was not about to hurt her and that he was holding the scissors to protect himself. She did not support putting her son to death. She did not want to lose another family member, saying it was a “dagger in my heart.”

Problems culminated with Martin’s family putting him on a 72-hour mental health hold. He was released–early, according to a lawsuit–and his beat his wheelchair-bound father to death. Anderson was also badly injured, and died later at hospital. As for Swanson, he was at the wrong place at the wrong time, but the Vietnam vet was credited with attempting to put a stop to it all.

Christopher Lancaster, the current husband of Anderson’s ex-wife, said he did not know Swanson, but called him “a giant of a man” in victim impact statements on Friday.

All told, Swanson’s family voiced no sympathy for the defendant.

#BaseballTrial – Security system tech, Barry Swanson, was murdered by Brandon Martin while he was installing a security system at Martin’s parents house aimed to keep Martin out. His family is NOT holding back during victim impact statements today. https://t.co/42ohVVPN6R pic.twitter.com/0WJ3i7Qk3m

#BaseballTrial – Victim’s son, Jeremy Swanson to Martin: “Brandon, go enjoy your cage and Top Ramen. I’m going to enjoy a beer and a nice steak dinner with my family, friends and the freedom that I earned in my life and the way I live it.:” @LawCrimeNetwork pic.twitter.com/pZME9fPbpg

“Brandon, you will never be a thought,” Swanson’s daughter Lesli Harvey said.

Her victim impact statement was as lacerating as any we recall hearing. Not only did she said Martin should go to hell, but so should his mother and brother. She asserted they made excuses for his “demonic behavior.”

Jeremy Swanson, Barry’s son, said his father survived five helicopter crashes in Vietnam. With that in mind, the elder Swanson had a lighter made featuring a pretty sharp-tongued quote. He did not have it on him on the day he was murdered, and Martin searched through his pockets.

“If you took this lighter off my cold dead body,” stated the quote, “fuck you.”