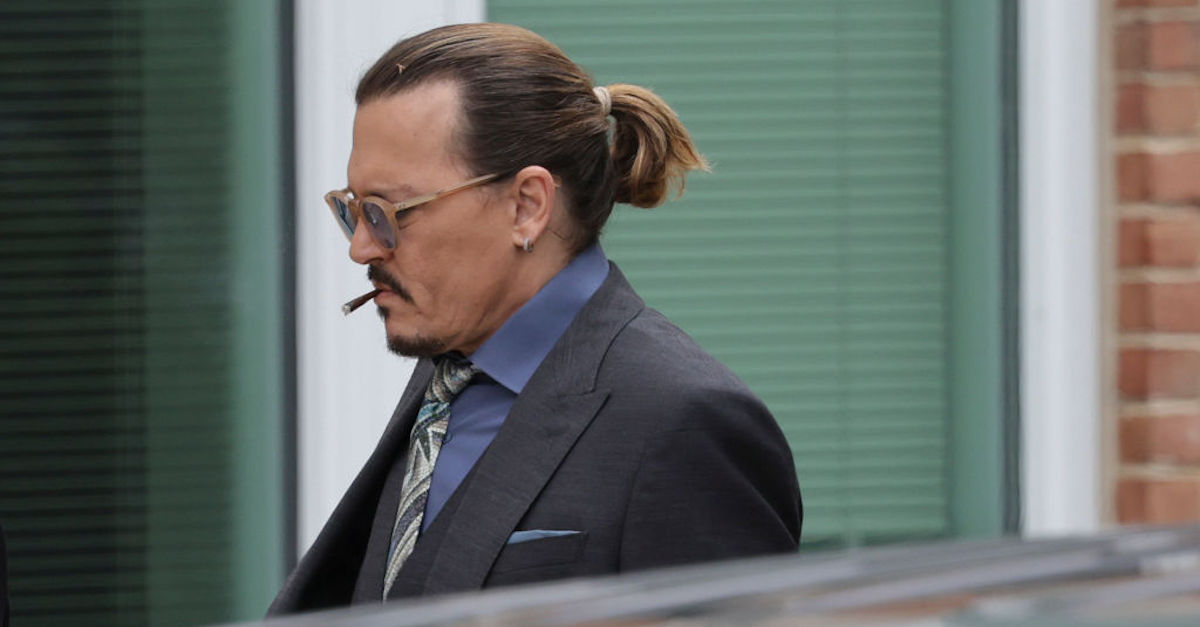 Actor Johnny Depp smokes during a break in his trial at the Fairfax County Courthouse on May 25, 2022 in Fairfax, Virginia.

A Virginia judge rejected TMZ’s emergency motion to intervene in Johnny Depp’s defamation case against Amber Heard on Wednesday, noting that its former employee appears to have chosen to testify on the Pirates of the Caribbean star’s behalf voluntarily.

“A party is not entitled to intervene merely because a byproduct of the litigation adversely impacts them,” Judge Penney Azcarate found.

Morgan Tremaine, formerly a field assignment manager for the celebrity tabloid, appeared on a list of anticipated witnesses before Depp’s rebuttal case began on Tuesday.

“In this case, it appears that the witness is willing to state the name of the confidential source without being compelled voluntarily,” Azcarate said. “Whether that breached a nondisclosure agreement with Mr. Tremaine and [TMZ’s parent company] EHM is not germane to this matter and can be litigated in a separate matter if EHM so chooses.”

Depp called him to testify about how TMZ came to acquire a confidential video of Depp yelling at Heard.

The motion claims that Tremaine has no firsthand knowledge about the source of the footage.

“Obviously, the First Amendment applies to everybody, citizens, The New York Times and TMZ,” Tobin said.

Depp’s attorney apologized for the remark, adding no “snarkiness” was intended.

In an irony, TMZ—which regularly produces celebrity-related scoops—disclosed in its motion that it learned of Tremaine’s anticipated testimony from a competitor: Radar.

“According to the Radar Online report, [Depp] plans to elicit testimony from Mr. Tremaine regarding TMZ’s confidential source in an effort to ‘impeach’ the credibility of [Heard],” the motion states. “Mr. Tremaine was a field assignment manager with TMZ at the time the article was published, but no longer works for the company.”

Heard denied leaking the video on the witness stand.

TMZ had wanted to invoke privilege under California law (where it is headquartered) and Virginia law (where the trial is taking place).

Depp and Heard’s defamation cases landed in Fairfax County, Va., where the Washington Post is printed. In 2018, Heard ran an op-ed in the Post stating that she “became a public figure representing domestic abuse” two years earlier, when she filed a restraining order against Depp in Los Angeles.

Heard countersued after Depp’s counsel called her claims a “hoax.”