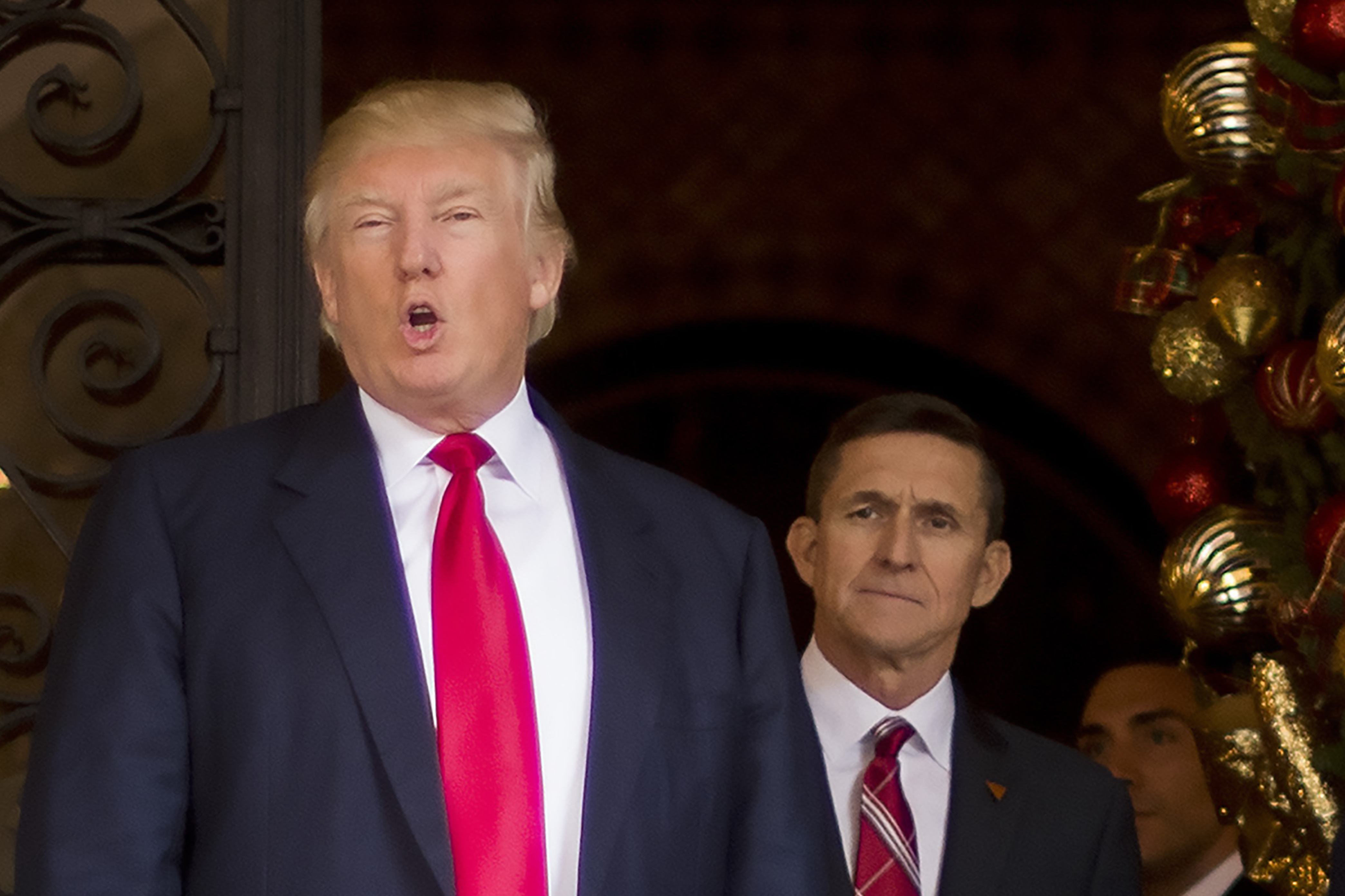 An anonymously-sourced report in the New York Times on Wednesday positioned itself as a bombshell account of alleged discussions over President Donald Trump‘s alleged offers to potentially pardon Paul Manafort and Michael Flynn.

According to that report, those discussions came from the lips of Trump’s newly-former lawyer John Dowd, who allegedly “raised [the] prospect of pardons” to Manafort and Flynn’s attorneys.

Readers may feel themselves smarting from a bit of a bind: either trust the five reporters who worked on the story and their three anonymous sources–always a dicey proposition from the Judith Miller School of Journalism–or rely on the word of Donald Trump’s ex-lawyer. No tantalizing choice on offer.

Forget Occam’s Razor, this is a classic example of He Said, They Said. But there’s not much need for any sort of analytical heuristic here because the Sophie’s Choice for news consumers is undergirded by one basic fact: this story is all but legally meaningless.

Why? Because the president’s power to pardon is all but absolute.

The President shall…have power to grant reprieves and pardons for offenses against the United States, except in cases of impeachment.

This is a fairly straightforward statement as far as legal language is concerned. The pardon power only has two limitations: (1) presidential pardons are limited to crimes against the United States (e.g. state and civil cases cannot be implicated here); and (2) such pardons cannot affect an impeachment process.

The only slightly grey-ish language in the above constitutional prerogative is the word “shall.” There are any number of ways to legally analyze what “shall” means here, but the import of the word in context is fairly obvious: “shall” means something akin to “will” or “will be able to” or “does.” It’s simply not accurate to suggest that the word “shall” is the sticking point for any serious discussion of the presidential pardon power.

But that hasn’t stopped some living constitutionalists from attempting to analyze “shall” more or less out of existence. In an aptly-named article for The Baltimore Sun titled, “Pardon power is not absolute,” law professor Kimberly L. Wehle wrote:

In common parlance, “shall” is the equivalent of “mandatory”; absent qualifying language (which is missing here), “shall” also means “unlimited.” But the Constitution’s use of “shall” in other places — such as Article I, Section 1’s statement that “[a]ll legislative powers herein shall be vested in a Congress of the United States” — is quite different. Far from a clear-cut term, “shall” is a concept that’s riddled with holes.

Far from a convincing analysis, Wehle’s argument doesn’t hold up to scrutiny because she  only provides a series of explanations as to what she thinks “shall” doesn’t mean. Missing is any indication of what “shall” does or might actually mean. That’s likely because Wehle does know what “shall” means and realizes her argument is flimsy.

Why might she know that? Because, as a law professor, Wehle certainly knows litigated discussions of the pardon power have never turned on the meaning of the word “shall.”

To be sure, each of the above cases stands for a different proposition of law viz. the pardon power–but none of them include a discussion of what “shall” means. It’s just not a valid avenue under current constitutional jurisprudence.

And, since there’s simply no time for a new constitutional theory to develop and bloom in the next six years, this effectively takes a crusade against “shall” off the table for any attempts to limit the pardon power presently possessed by President Trump.

Even fellow travelers like Brad Miller, who wrote a breezy series of paragraphs under the heading, “Presidential Pardon Power May Not Be So Absolute After All,” doesn’t attempt to play games with receptive readers’ heads by tilting at the power of “shall.”

Rather, Miller opines, Supreme Court precedent on the presidential pardon power is old and it’s time for the courts to catch up. That’s a different and much more valid argument. But it’s also less than likely to catch on in time to limit Trump’s authority here.

Let’s return to the text.

There are only two limitations to President Trump’s pardon power and they’re simply not implicated in the Flynn and Manafort cases. Flynn and Manafort are charged with crimes against the United States. And, it’s obvious that neither case involves impeachment.

Let’s also not miss what’s really going on here: liberals are upset because Trump has pardon power and might use it. Conservatives were similarly upset when Bill Clinton and Barack Obama exercised their constitutional pardon power. None of those prior criticisms over presidential pardons resembled a legal analysis whatsoever–and this is also the case now.

TL;DR–Trump can pardon Manafort and Flynn if and when he chooses to do. And there’s not much anyone can do about it. Discussions of possibly exercising a permissible and proper use of constitutionally-delineated authority are not particularly controversial–at least not in a legal sense.

The political implications of any such potential pardons, of course, are another story altogether.