Why Sean Hannity Is Absolutely Protected by Attorney-Client Privilege 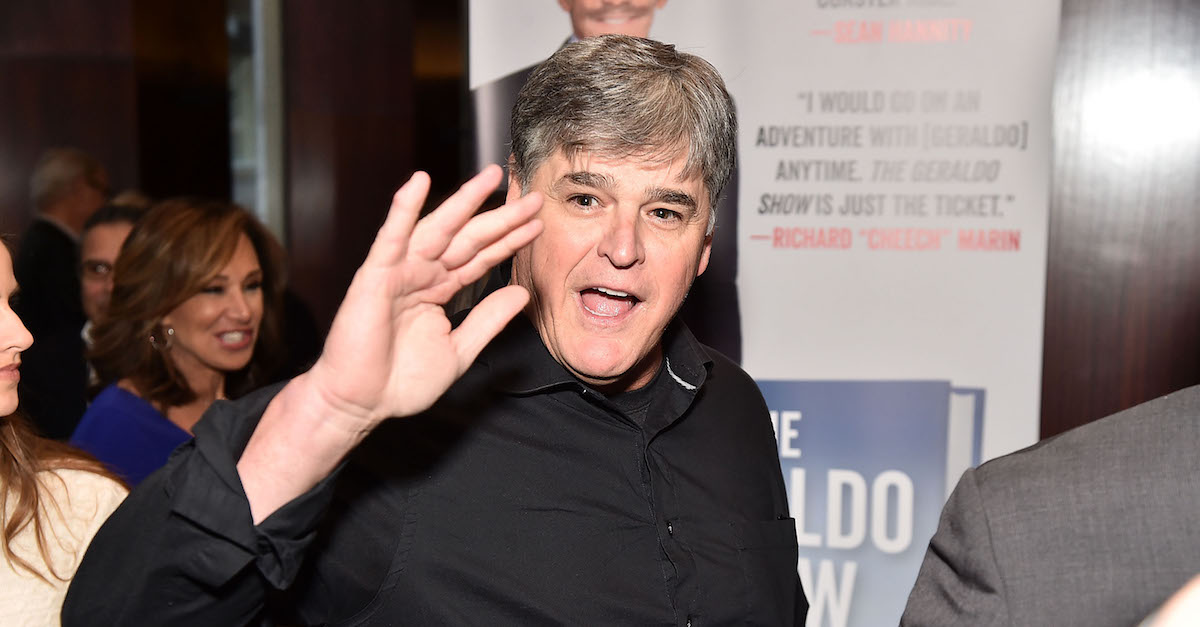 In AMC’s TV crime drama “Breaking Bad,” lawyer Saul Goodman, while trying to gain the confidence of Walter White and Jesse Pinkman, famously exclaimed, “I mean it, put a dollar in my pocket” — the implication being that the payment of one dollar was necessary to create an attorney-client relationship and render anything they said to Saul privileged.

But if true, that would mean Sean Hannity’s communications with Michael Cohen would not be protected under the attorney-client privilege based on Hannity’s tweet that “Michael Cohen has never represented me in any matter. I never retained him, received an invoice, or paid legal fees. I have occasionally had brief discussions with him about legal questions about which I wanted his input and perspective.”

Fortunately for Hannity, the Supreme Court of the United States has held that payment is not required to create an attorney-client relationship. In Alexander v. United States, one of the first Supreme Court cases to address the issue, the defendant received a “free consultation” from an attorney about selling cattle he and his partner owned. Subsequently, the partner was mysteriously murdered and the defendant was the prime suspect.

The Supreme Court agreed, holding that if a defendant communicates with an attorney “in the course of his employment,” “neither the payment of a fee nor the pendency of litigation was necessary to entitle him to” assert the attorney-client privilege.

Given this legal precedent, courts have continuously held that any communication with an attorney falls under the attorney-client privilege if the communication was intended to be confidential and made for the purpose of securing legal advice.

Consequently, the second part of Hannity’s Tweet (“I have occasionally had brief discussions with him about legal questions about which I wanted his input and perspective”) confirms his communications with Michael Cohen were protected by the attorney-client privilege even if Hannity never actually hired Cohen.

Hannity’s tweet does, however, raise an interesting question: Does Michael Cohen have to continue to assert the attorney-client privilege given Hannity’s attempt to disavow a formal legal relationship between them?

The answer is yes, unless Hannity formally authorizes Cohen to disclose their confidential communications. Cohen has both a legal and ethical obligation to assert the attorney-client privilege on Hannity’s behalf and to protect all confidential information he possesses.