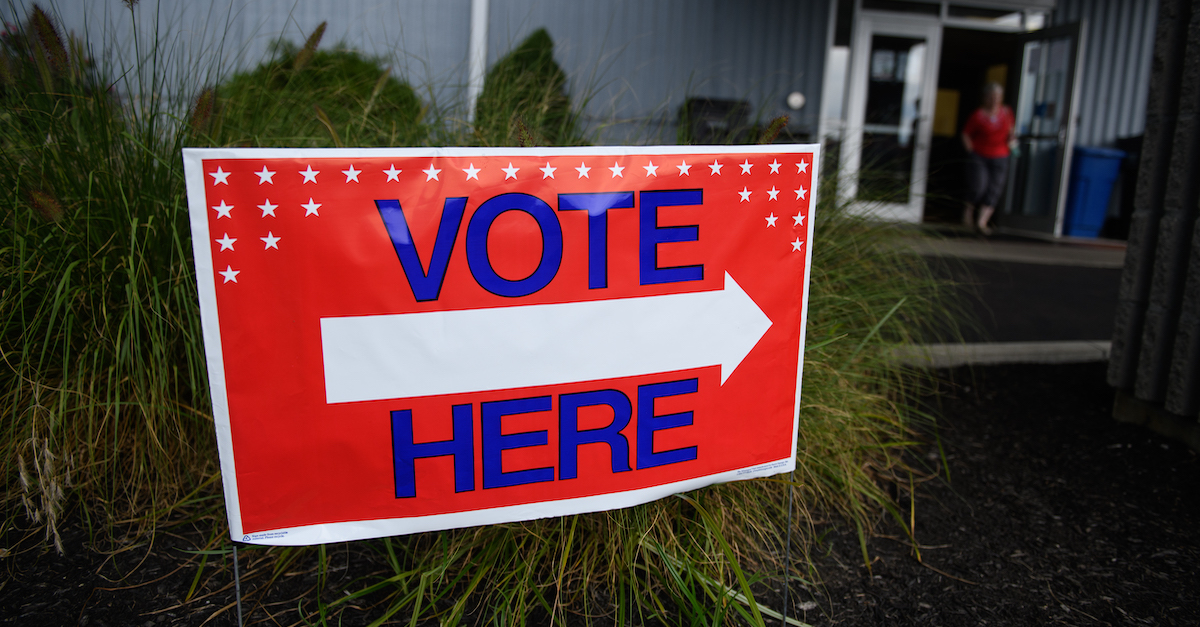 A federal appeals court on Wednesday ruled that Ohio must allow some voters purged from the state’s voter rolls to cast a provisional ballot during this year’s midterm elections. And the majority even took some potshots at the Supreme Court itself.

Taking the form of an emergency injunction pending appeal, the U.S. Court of Appeals for the Sixth Circuit instructed Ohio’s Republican Secretary of State Jon Husted to issue such ballots to thousands of disenfranchised Ohioans affected by the purge if they request them.

Ohio announced it will not be contesting the decision. The following classes of voters will now be allowed to cast provisional ballots per the order:

[Purged voters who] (1) cast [their] ballot at their county’s early voting location or at the correct polling location on Election Day; (2) [who continue] to reside in the same county where they were previously registered; and (3) did not become ineligible by reason of felony conviction, mental incapacity, or death subsequent to the date on which their name was removed from the rolls.

At issue is Husted’s controversial and heavily-litigated purge of Buckeye State voters spanning the years 2011-2015. That years-long purge removed voters on change-of-residency and non-voting grounds and was ultimately found constitutional by the Supreme Court–after the Sixth Circuit previously determined it was not.

The Sixth Circuit notes that the Supreme Court in that case only looked at a discrete argument regarding Ohio’s so-called “Supplemental Process” for removing voters from the rolls based on change-of-residency plus non-voting in consecutive elections. In Husted v. A. Philip Randolph, the conservative majority found Ohio’s purge was not in violation of subsection (b) the National Voter Registration Act’s (NVRA) prohibition against removing voters “by reason of the person’s failure to vote.”

Wednesday’s ruling, however, pertains to a broader argument about whether Ohio’s voter confirmation notices are in violation of a separate statutory provision of the NVRA–subsection (d). The Sixth Circuit points out that neither itself nor the nation’s high court was previously asked to “decide on the merits of that issue and [that] Defendant did not petition the Supreme Court for certiorari on that issue.”

The Sixth Circuit continues to rail against the Supreme Court in a footnote criticizing Justice Samuel Alito and his conservative colleagues for opining on subsection (d) without ever actually being asked to address it:

The Supreme Court stated in its decision that “Ohio’s Supplemental Process follows subsection (d) to the letter…” But because neither court looked at the specific statutory language at issue here or considered the issue in any meaningful way…citations [to Alito’s language about subsection (d)] are obviously dicta that do not bind this Court.

After neatly side-stepping the Supreme Court’s attempts to prematurely rule on the matter of subsection (d), the Sixth Circuit concludes that the voting rights advocates are likely to win their case on appeal because Ohio’s confirmation notices leading to the purge were almost certainly in violation of the NVRA’s demand that confirmation notices contain language expressly warning voters their registration stands to be cancelled.

Instead, Ohio’s notices simply stated that a registered voter’s “name may be removed” or that their “voter registration in Ohio may be cancelled” for failure to comply with the instructions on the mailer. In other words, Ohio’s voter confirmation notices were not explicit enough about those consequences for inaction.

The court offered the following example:

The Sixth Circuit also cited the public interest in “not denying voters the opportunity to vote” and found that every single one of Ohio’s arguments to the contrary unpersuasive.

“If this Court does not [force Ohio to allow purged voters to cast provisional ballots] in the upcoming election, Boards will not be counting provisional ballots cast by voters purged after receiving confirmation notices that may have been invalid under federal law,” the court declared. “Without these provisional ballots, these individuals’ votes have no chance of being counted.”