Could Milo Yiannopolous Face Charges for Inciting Shooter with ‘Gunning Journalists Down’ Comment? 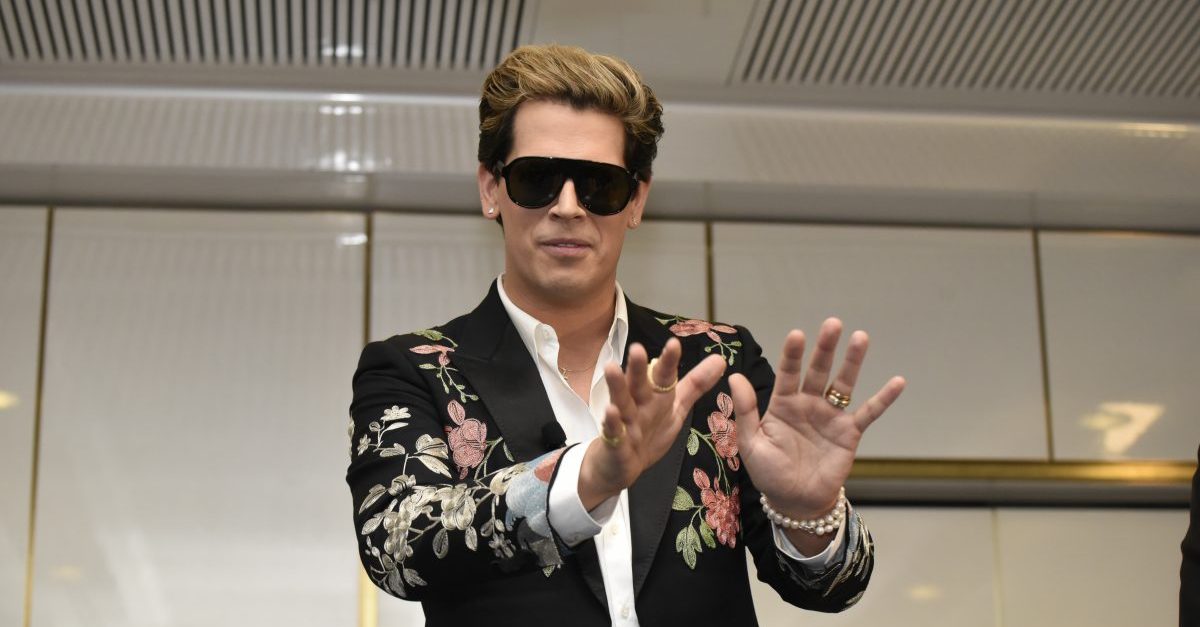 A deadly attack on journalists would be newsworthy in any event, but Thursday’s shooting at The Capital Gazette in Annapolis Maryland comes at a particularly sensitive time. Five people were killed, allegedly by suspect Jarrod Ramos, days after controversial right-wing provocateur Milo Yiannopolous had said, “I can’t wait for vigilante squads to start gunning journalists down on sight.”

This has led to speculation, or in some cases certainty, that Yiannopolous is to blame for what happened. Indeed, people can be charged with incitement in some jurisdictions for speech that leads to violence, but only under very specific circumstances. Speech is generally protected by the First Amendment, but the Supreme Court ruled in Brandenburg v. Ohio that there is an exception when a person says something where “the imminent use of violence or lawless action is the likely result of his speech.”

So let’s take a look at what Milo said.

Yiannopolous’ remark was made in response to a writer for The Observer reaching out to him for a story. When asked by Mediaite’s Amy Russo about the comment, which was similar to other responses he gave to journalists, Yiannopolous seemed to double down on the statement.

Responding to our story @Mediaite about his encouragement of violence against reporters, Milo Yiannopoulos sent me an ominous message: pic.twitter.com/PhRd9Dv39J

Now, Yiannopoulos certainly appears to be supporting the idea of violence against reporters, but he isn’t encouraging any specific act. Most importantly, he didn’t make his words publicly, but in private emails to the individual reporters themselves, not to anyone else who might reasonably be inspired to act on them. Therefore, it would be hard to argue that those words on their own would like result in imminent violence or lawless action. The only reason why the public was made aware of them was because the private comments were made public after the fact.

Basically, while Yiannopoulos’ comments could be viewed as being in poor taste, they’re not criminal.

After Thursday’s attack, Yiannapolous posted a lengthy statement on Facebook, insisting that his statement was “a troll …  as a *private* response to a few hostile journalists who were asking me for comment, basically as a way of saying, ‘Fuck off.'” He went on to say that he “wasn’t being serious.”

As far as allegations that he was inciting people to actually attack journalists, he said, “This is wholly false.”

He did not take it back, saying, ” I regret nothing I said, though of course like any normal person I am saddened to hear of needless death.”