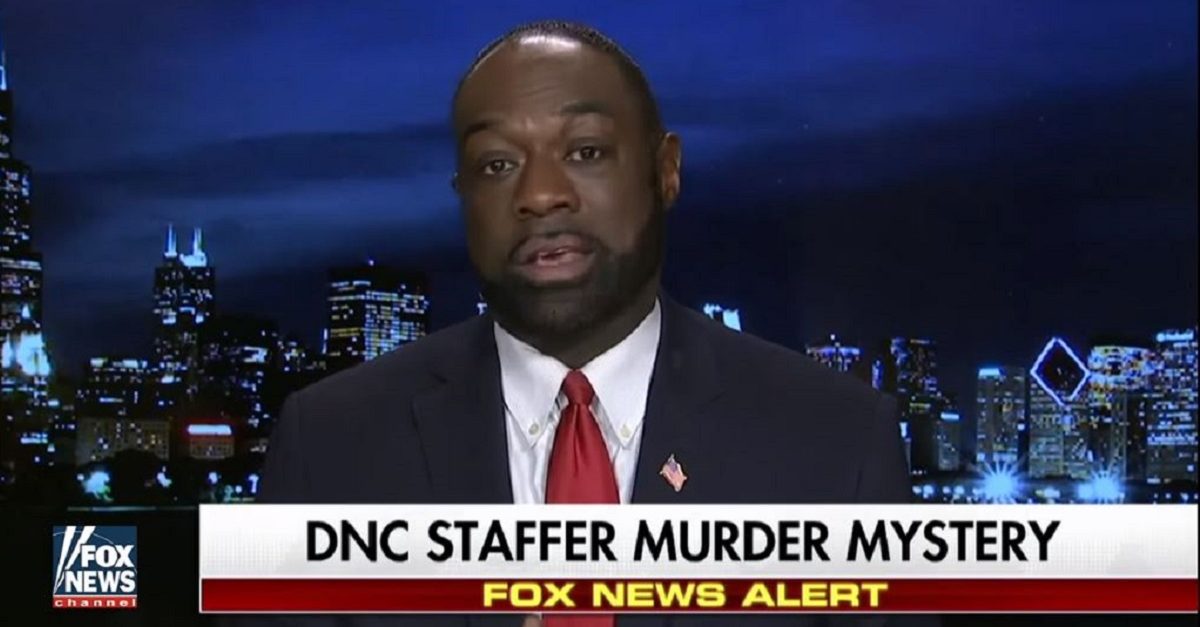 Fox News scored two big wins in legal battles over a story they published–and later retracted–about the death of former Democratic National Committee (DNC) staffer Seth Rich. The story involved claims that there was evidence Rich was in communication with WikiLeaks and that he may have sent them DNC materials for them to publish.

This was the basis of a conspiracy theory that Rich’s murder was set up by the DNC, and not the result of a botched robbery, as police had determined. First, a federal judge in Manhattan dismissed a complaint from Rich’s parents, and then did the same in a case brought by Rod Wheeler, an investigator quoted in the article.

Wheeler alleged that Fox News, reporter Malia Zimmerman, and network guest Ed Butowsky–who allegedly helped with the article–defamed him by falsely attributing quotes to him that he never said. The article quoted Wheeler as saying, “My investigation up to this point shows there was some degree of email exchange between Seth Rich and Wikileaks.”

In reality, court documents said, Wheeler confirmed to a Washington D.C. local Fox reporter that he had sources at the FBI who said they had information that could link Rich to WikiLeaks.

Wheeler was also quoted as saying, “My investigation shows someone within the DC government, Democratic National Committee or Clinton team is blocking the murder investigation from going forward. That is unfortunate. Seth Rich’s murder is unsolved as a result of that.” He claims what he really said was, “I do strongly believe that the answers to who murdered Seth sits on his computer on a shelf at the D.C. Police or FBI headquarters!” He also claims he said:

It’s time that the FBI immediately conduct a full and thorough investigation to not only the death and who caused the death of Seth rich but those that he was involved with and others regarding the Democratic national committee.

Judge George B. Daniels wrote in his decision that even if the quotes in the article were not entirely accurate, they did not make such a difference that they would give readers a different impression than his version of the quotes would provide. As a result, they weren’t false–at least in the legal sense, as the judge noted that “for purposes of a defamation claim, a statement is not ‘false’ if it is ‘substantially correct.'”

Wheeler had been represented by the law firm of attorney Doug Wigdor, who withdrew from the case due to “an irrevocable breakdown of the attorney-client relationship.” Court records presently show that Wheeler is representing himself.

Wheeler MTD by Law&Crime on Scribd