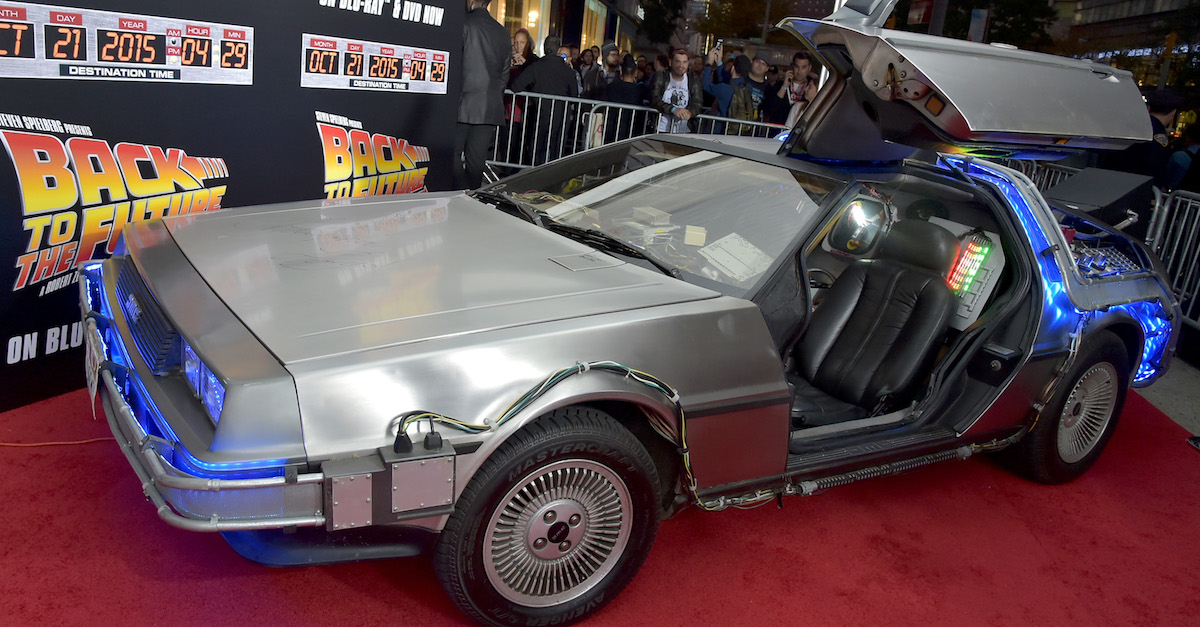 The royalties lawsuit filed by the widow of the man behind the DeLorean is a thing of the past.

The car, known for its ability to facilitate time travel in Back to the Future, has been in the news because Sally DeLorean was blocked from collecting royalties by a judge in New Jersey federal court.

She was married to John DeLorean, who created the “DMC 12” that eventually became known only as the DeLorean.

A 2015 settlement in a separate case allowed the DeLorean Motor Co. to use the DeLorean name and trademarks, meaning Sally DeLorean could not sue for royalties now, the judge said.

John DeLorean cut a deal with Universal in ’80s that allowed Universal to use his vehicle in ads and on merchandise in exchange for five percent in royalties. He died in 2005. A decade after his death, it was claimed that the DeLorean Motor Co. “improperly and illegally appropriated for its own use Mr. DeLorean’s legacy.” It was not affiliated with the company DeLorean started, according to reports. A 2015 settlement over the controversy followed and Judge Linares concluded that the terms of this settlement applied today.

For that reason, the case was tossed out.