Judge Takes to Facebook After Refusing to Marry Gay Couples 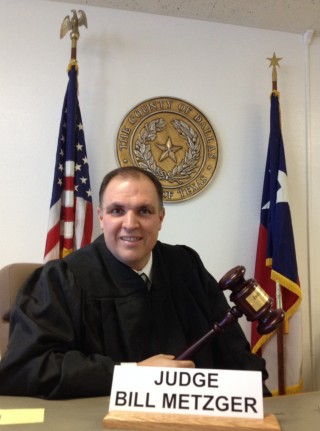 Dallas County Justice of the Peace Bill Metzger took to his Facebook page to tell anyone who would listen that he will not be performing same-sex marriages. This, by the way, is in defiance of Obergefell vs. Hodges, a U.S. Supreme Court ruling that legalized gay marriage.

“Because of my faith in God as a devout Catholic, I will only be conducting traditional marriages,” he said on his Facebook page. To justify his refusal, he cites a non-binding opinion that was issued by Texas Attorney General Ken Paxton, which says:

Justices of the peace retain religious freedoms, and may claim that the government cannot force them to conduct same-sex wedding ceremonies over their religious objections.

“It is clear that any Justice of the Peace in Texas can refuse to perform a non-traditional wedding when that wedding can be performed by others. My sincerely held religious belief keeps me from being forced to conduct anything but a traditional wedding as a Judge per our Attorney General,” Metzger said in the post.

The problem is — this is likely untrue.

“You don’t have to do any marriages, nobody can compel you to do a marriage,” retired Dallas County District Judge John Cruezot told 8 News. “However, once you take on one set of individuals, you have to do it for everyone.”

As a reminder, Obergefell vs. Hodges made gay marriage a fundamental right. The highest court requires a state to license a marriage between two people of the same sex.

Not surprisingly, on Friday afternoon, Democrats in Texas were calling for Metzger to resign.