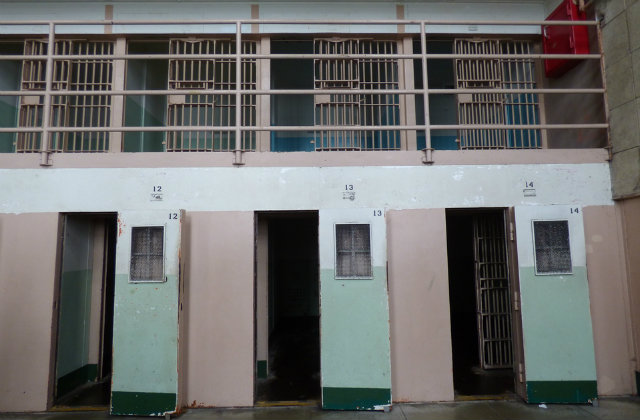 Four women are suing the Department of Justice so they can be moved from prison facilities housing transgender inmates. The government is telling them they should stay put.

All four plaintiffs are inmates in Texas prisons. They filed a motion for a preliminary injunction in June. Not only do they want to be moved to facilities without trans inmates, but they want the Bureau of Prisons to stop housing “male inmates in federal prison that normatively incarcerates only female inmates.”

Plaintiffs argue they are in danger of physical threats. The government argues otherwise.

“There is no actual evidence of such an imminent physical threat here,” the DOJ said Saturday in a heavily redacted filing. They mention three plaintiffs are housed in a unit separate from trans inmates, and the four is at a facility without any whatsoever.

“Nor have Plaintiffs alleged a threat to their safety sufficient to show a need for a preliminary injunction,” they said.

The plaintiffs, and their legal team with the conservative group Alliance Defending Freedom, will have until Sept. 1 to respond to the version of the DOJ’s filing. LawNewz.com has reached out to them for comment.

[Image via BarbaraGr and Shutterstock]