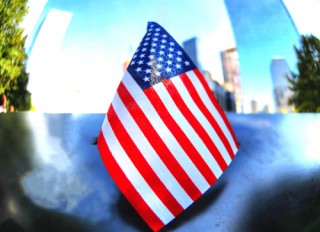 On Tuesday, the Senate approved a bill that would allow the families of 9/11 victims to sue the Saudi Arabian government in civil lawsuits for any involvement the country had in assisting the terror attacks on September 11, 2001.

This bill is like a turducken.  It sounds appealing and creative at first, but it’s really kind of a mess when you take a closer look.

The bill, sponsored by Chuck Schumer (D) of NY and John Cornyn (R) of Texas titled, the “Justice Against Sponsors of Terrorism Act” has gotten significant bipartisan support. That cooperation isn’t surprising, as the parties are always trying to one-up each other on who cares more about 9/11 victims. This is legislation made in campaign-heaven; after all, what constituents wouldn’t support the financial compensation of bereaved families of terror victims?

The problem with this proposed Act isn’t the idea of compensating families who have suffered horrific losses; the problem is how that compensation will happen.   Holding another sovereign nation liable in a civil lawsuit is kind of a big deal. Usually, international law does not permit citizens of one country to sue foreign nations to obtain monetary damages. Legislation that circumvents the tenet of sovereignty smacks of American entitlement, which we know really annoys other countries. This is the Senate’s way of demanding special treatment on behalf of the U.S.  And as Americans, it’s very tempting to agree, especially in the context of all things 9/11. But the international community is not going to see it the Senate’s way. The world will see this departure from standard international procedure as another example of American elitism.

And Schumer’s response to skepticism about this legislation feels a lot like the kind of thing shady cops say on TV crime dramas:

“Look, if the Saudis did not participate in this terrorism, they have nothing to fear about going to court.”

I really thought we were past the whole “if you don’t have anything to hide, then you won’t care if we violate your rights” argument.

Chuck, Saudi Arabia didn’t say it was afraid to go to court. It said it was immune from suit, and that it will pull billions of dollars from the U.S. economy if we don’t respect its sovereignty.

Isn’t anyone in the Senate worried that throwing out the idea of sovereign immunity is going to come back and bite us in the ass? It’s pretty clear that those in the Middle East have as many complaints with U.S. policy as we have with theirs. I don’t think we’re ready to start sending the attorney general out to defend civil lawsuits for anything we’ve done. And I know we’re not ready to use taxpayer money to pay off foreign plaintiffs who sue our government in civil lawsuits.

Both Schumer’s intentional obtuseness, and the bill itself are packed with a variety of arrogance that is our American-made brand. While we feel both justified and patriotic to brazenly throw that arrogance in the face of Middle Eastern countries, that feeling doesn’t make it a good idea. At a minimum, we would be setting a precedent whereby sovereign nations (the United States included) could be forced to defend civil lawsuits. At worst, we would be creating geopolitical ripple effects that go far beyond any courtroom.

For fifteen years, we have been saying that the 9/11 attacks were “acts of war.”  If we are truly committed to that characterization, civil lawsuits against the aggressor nations are an inappropriate remedy.

Of course, as Americans, we know 9/11 was unique in its scope and horror.   And, as Americans, it’s never far from our minds that we ourselves are special, as individuals and as a society. But it’s probably a good thing to keep in mind that other countries don’t always see things quite as we do.