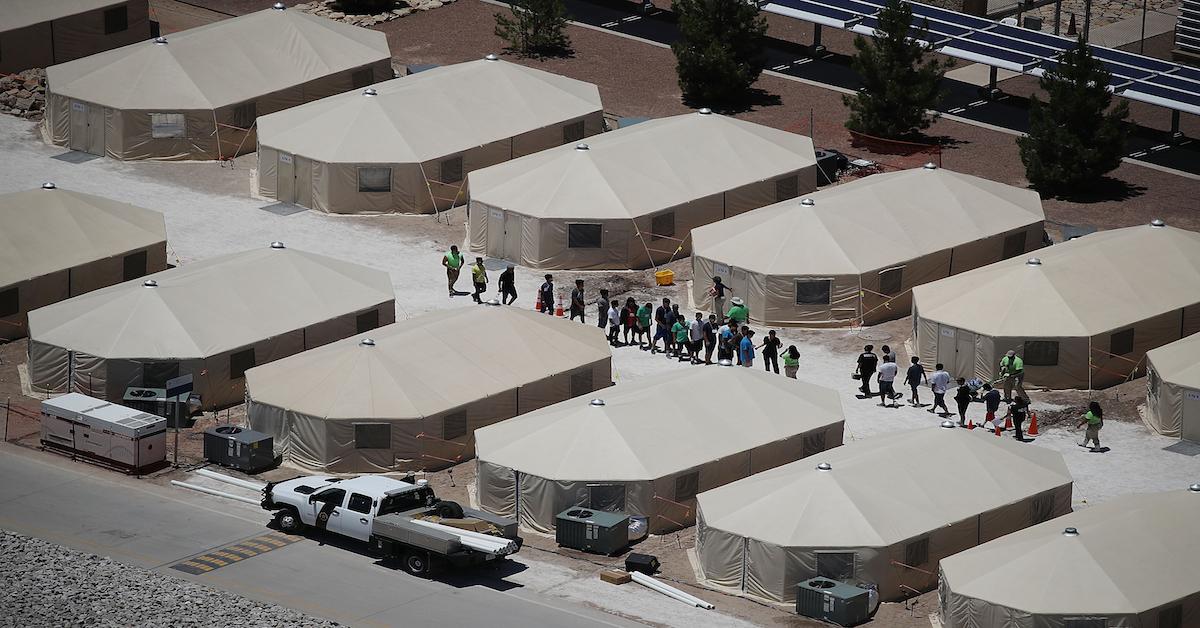 The “tender age” euphemism for referring to detained migrant children under the age of 13 originated in documents prepared by immigration authorities operating under the administration of President Barack Obama, Law&Crime has learned.

On Tuesday, the Associated Press published a report citing Steven Wagner, whose Health and Human Services profile identifies him as “the Principal Deputy Assistant Secretary and Acting Assistant Secretary at HHS’ Administration for Children and Families.” The AP quotes Wagner as saying [emphasis added]:

We have specialized facilities that are devoted to providing care to children with special needs and tender age children as we define as under 13 would fall into that category. They’re not government facilities per se, and they have very well-trained clinicians, and those facilities meet state licensing standards for child welfare agencies, and they’re staffed by people who know how to deal with the needs — particularly of the younger children.

Wagner’s use of the term “tender age” to refer to pre-adolescent migrant children under administrative detention set off alarm bells across the country after the AP ran with this terminology as their lede. MSNBC host Rachel Maddow was unable to hold back tears while reading through the opening lines of the AP report near the end of her eponymous program Tuesday night.

But this terminology actually appears to have originated sometime in 2010.

On June 3, 2010, the Department of Health and Human Services, by way of the Administration for Children and Families, published a 41-page federal grant announcement titled, “Residential Services for Unaccompanied Alien Children” with the funding opportunity number HHS-2010-ACF-ORR-ZU-0074. The application deadline for grant applications was July 19, 2010.

The first apparent use of the term “tender age” in reference to detained migrant children appears in the context of discussing potential group homes for unaccompanied minors under the supervision of the Office of Refugee Resettlement. Page 9 of the document reads, in relevant part [emphasis in original]:

Group Homes: The Applicant operates licensed group homes designed to serve the majority of UAC, with an emphasis on the ability to serve specific subsets of the population, including but not limited to children of a tender age, pregnant and parenting teens, and UAC with other special needs. Group homes typically house between 6 to 18 children, depending on State licensing requirements.

The above-cited language is the only instance where the “tender age” term is used in the document. The announcement also specifies various minimal requirements for applicants interested in applying for grant funding.

In the same section, under “Basic Shelter Care and/or Group Home-General,” the announcement stipulates, “The Applicant shall operate a licensed shelter care/group home facility designed to serve the majority of [Unaccompanied Alien Children] for an average of 55 days.” The announcement also notes, “Basic shelter care facilities typically house between 16 to 80 children, depending on State licensing requirements.”

A summary announcement of the same grant on federalgrants.com pegged the maximum funding for the project at $45 million total. Individual grant awards maxed out at $7.5 million, with minimum grants beginning at $500,000.

The document which initially announced these federal grants appears to be the first internal use of the “tender age” term, and underlines the idea–cited by longtime immigrants’ rights activists and immigration attorneys–that while current family separation practices may be more prevalent than in the past, the immigration, detention and deportation infrastructure currently being used to full effect by the Trump administration was in large part put into place under President Obama.