Obama’s Immigration Agencies Separated Children From Their Families, Too 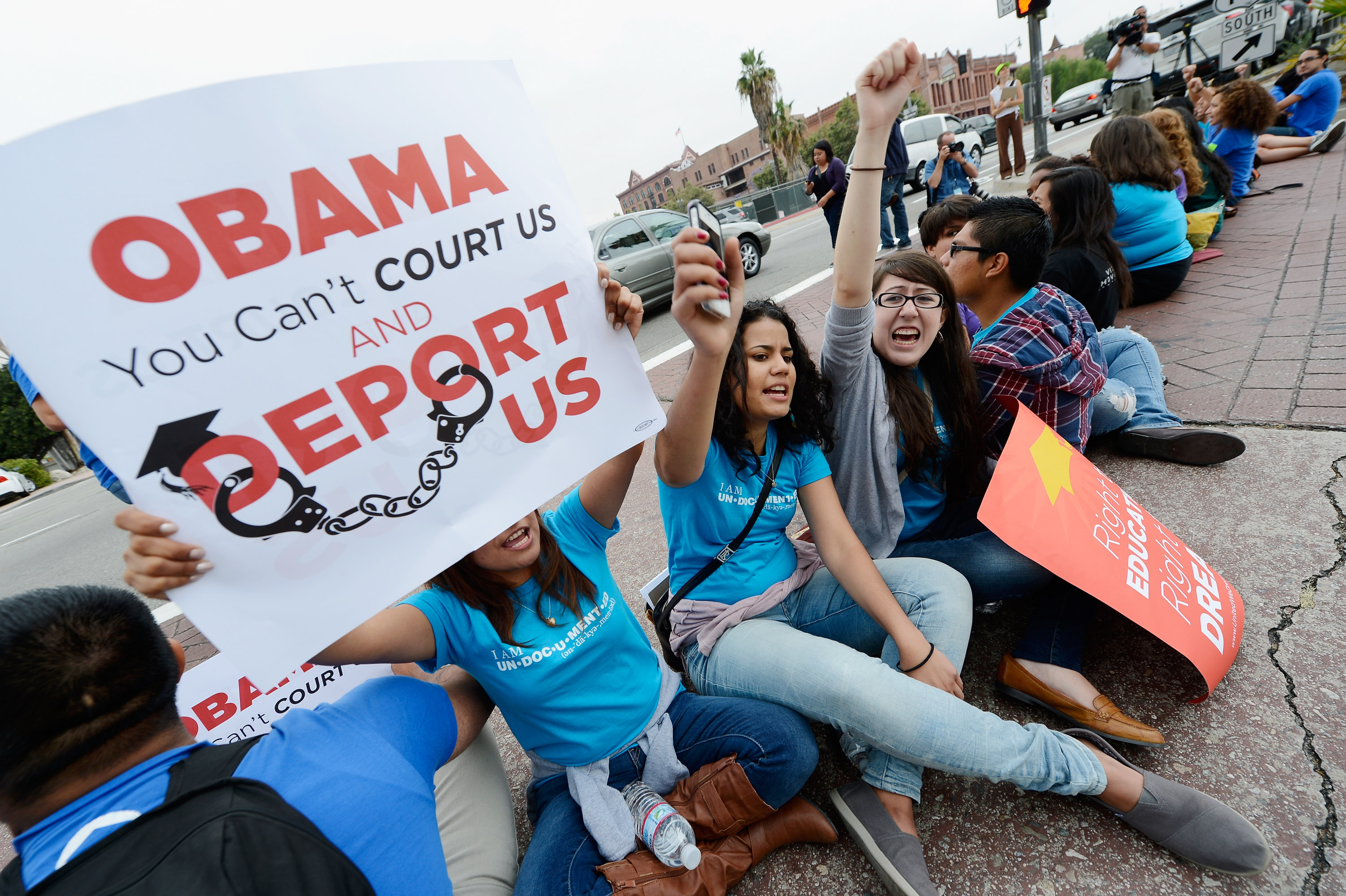 The Trump administration has an intentional and explicit policy of separating migrant children from their families if caught crossing the U.S.-Mexico border without permission. Long before that, however, the administration of Barack Obama ramped up a program with a sometimes similar effect.

Since 2008, the United States has had a policy known as the Alien Transfer Exit Program (ATEP), or Lateral Repatriation. This program focuses on detaining male migrants of Mexican descent.

Here’s how it works: Once an immigrant is caught attempting to cross the border without documentation, they are detained, flown or bused across the United States and then shown the exit at another segment of the U.S.-Mexico border–thousands of miles from their original point of entry.

The Los Angeles Times described a typical use of Lateral Repatriation in a story about Luis Montes. The Times noted:

Montes was put on a plane, flown halfway across the country and bused to the California-Mexico border. At 2 a.m. Tuesday, U.S. border authorities took off his handcuffs and escorted him to a gate leading to the desert city of Mexicali. Montes was back in Mexico, but about 1,200 miles away from where he started.

Luis Montes was sanguine about his dire situation, but the ATEP program often leads to migrants being placed in completely unfamiliar surroundings where they are then subject to crime and abuse, according to libertarian outlet Reason.

Sparingly used upon inception, the Obama administration drastically increased the use of ATEP in  2011, responding to a perceived increase in attempts at immigration into the United States by Mexican nationals.

But immigrants’ rights activists had long cautioned that Lateral Repatriation breaks up families. The reason is fairly simple: many male Mexican nationals who are detained trying to cross the border often come with their families in tow. When ATEP is used, the men are captured and taken thousands of miles away, while their wives, partners and children are placed in immigrant detention centers.

Eventually, the men are released into vastly different parts of Mexico than where they originally hailed from, while their families are likely to be deported near the original point of attempted entry. Mothers and older female relatives were typically given the option of staying with their children. Typically this meant being housed in a “family detention center,”most of which are located in Texas or Pennsylvania.

Multiple stories about those family detention centers written during the Obama era–just not by the mainstream media. In particular, dozens of stories about the Nogales Placement Center in Nogales, Arizona particular were written by journalists at Shadowproof, a reader-supported media outlet, alone. Journalists for Shadowproof also frequently reported on the T. Don Hutto Residential Center in Taylor, Texas. Most media declined to investigate these facilities until fairly recently.

According to Angelo Guisado, a staff attorney with the Center for Constitutional Rights:

[T]hese places are tortuous: policies include banning mothers and children from sleeping together and turning lights on/off every hour to ensure this…guaranteeing sleep deprivation, this aside from your other standard physical/sexual abuse in ICE custody.

Single Mexican fathers or men who traveled without an adult female companion while attempting to cross the U.S.-Mexico border with children, when subject to ATEP, had their children separated from them. Unaccompanied minors would then be placed into the custody of the Office of Refugee Resettlement. Such custody is supposed to be temporary and ORR is supposed to release children to an identified family member or sponsor.

The Arizona-based group No More Deaths, along with various other human rights organizations, refers to ATEP as “a form of cruel and unusual punishment” and a fact sheet released by the group noted, “Very often, families are separated and sent to cities far away from each other. They are never told where to find their loved ones, and humanitarian organizations often have to go through the Mexican Consulate to get information about family members.”

Additionally, No More Deaths says the practice of Lateral Repatriation, used by Customs and Border Protection, is largely shrouded in secrecy and operates largely without accountability. The group notes:

The Government Accountability Office released a report in 2010 criticizing several DHS programs for lack of public accountability. The report mentioned ATEP, in the context of other programs that do not have any measurement mechanisms in place. DHS largely dismissed such concerns, saying of performance measures that it “did not believe such action was appropriate,” according to the GAO.

Because of Homeland Security’s dismissal of the need for accountability, it’s unclear exactly how many children were separated from their families under this Obama-era policy.

To be clear: the Obama administration’s use of ATEP was not intended to break-up families–that was an occasionally expected side effect–while Trump’s recently-confirmed policy is expressly directed toward that end in the name of “deterrence.”