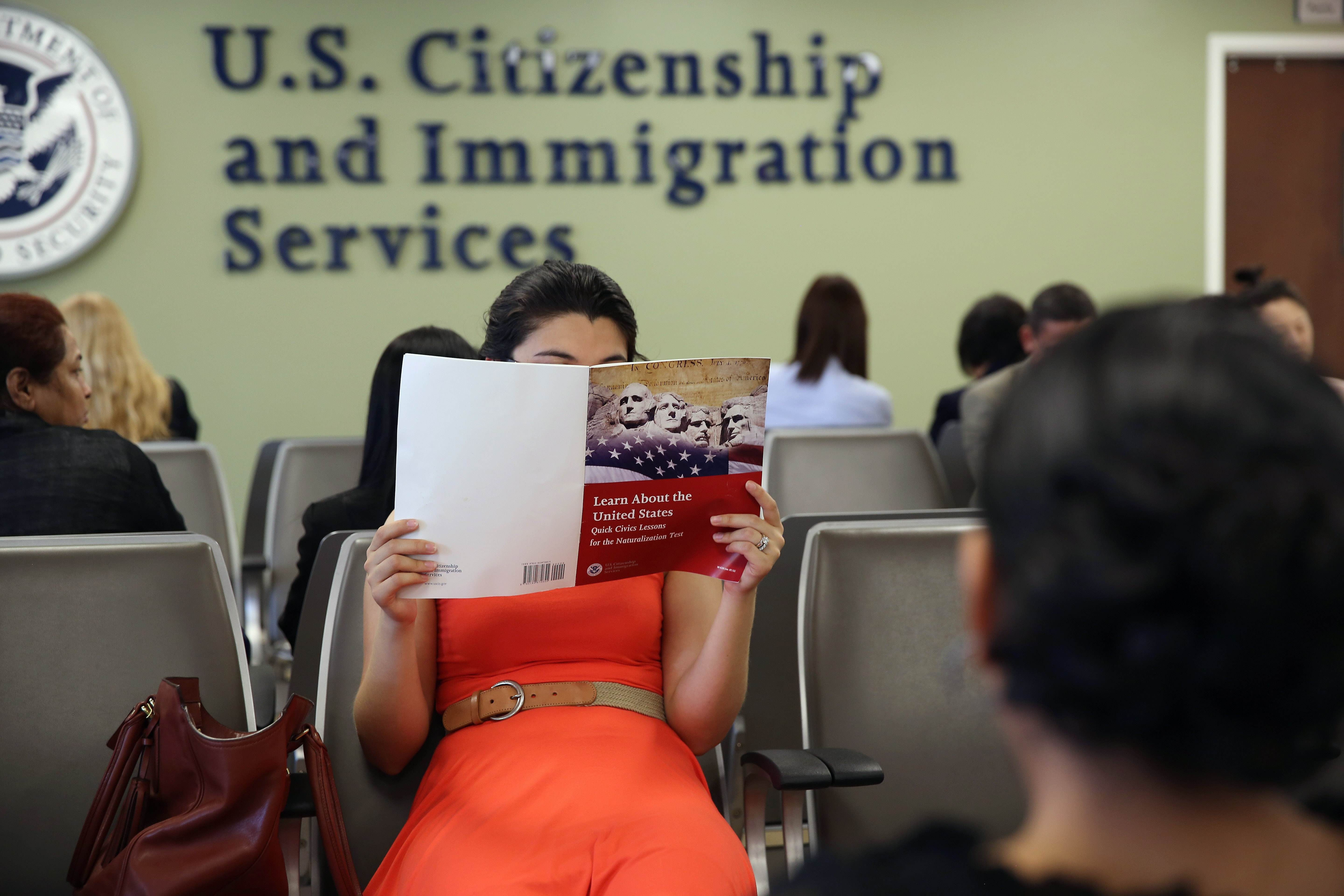 A one-time high-ranking official with the U.S. Army lost out on a job offer with U.S. Citizenship and Immigration Services (USCIS) after Islamophobic Facebook posts were uncovered by the media.

Former brigadier general Guy Sands-Pingot was scheduled to report for duty as USCIS’ latest deputy director in September. He’ll no longer be making that trip and transition. USCIS told Buzzfeed News that Sands-Pingot would not be hired by the agency in light of the anti-Islamic posts.

In October, Sands-Pingot allegedly posted an article with the following headline, “If you wipe your butt with your bare hand but consider bacon to be unclean, you may be Muslim.” The article originally linked to a website called gopthedailydose.com but is now apparently dead. The headline is reminiscent of similar economic and cultural jokes popularized by comedian Jeff Foxworthy—false internet rumors have even attributed such anti-Muslim jokes to Foxworthy’s oeuvre–but such jokes aren’t really his style.

In one post, Sands-Pingot allegedly compared Islam to the Nazi Party. This post also bemoaned an imagined “progressive radical marxist muslem [sic] intellectual and political axis” working to dismiss terrorists as individual criminals rather than adherents of a radical ideology. Sands-Pingot apparently took major issue with the efforts of some public figures to resist categorizing Muslim terrorist as radical Islamists operating under a monolithic ideology. The post went on to note:

It would undermine their fantasy of their [sic] not being an islamic threat to the non-islamic world and peoples. This is similar to saying crimes committed by nazi storm troopers had nothing to do with the Nazi Party even though every propoganda [sic] point of the Nazi Party political and social platform clearly spelled out what they would do and why they would do it, and to whom they would do it to.

Sands-Pingot also allegedly commented on a Vox story from December 2015 about Malala Yousafzai, the Pakistani women’s education advocate who is also the youngest Nobel Laureate in history. Sands-Pingot apparently expressed the idea that Muslim terrorists are indistinguishable from Muslims like Yousafzai, who was attacked by extremists for her progressive educational demands. This post reads:

She was shot in the head by ‘normal’ conservatives that used the koran not only to justify their action, but to demand if be compulsory for other moslem females who dare to think they should receive an education. She became the ‘posterperson’ for all delusional leftist who think she is the face and body of a fictional ‘moderate’ islam.

Buzzfeed apparently brought those posts up with Sands-Pingot’s potential employer. In comments to the outlet, USCIS spokesperson Michael Bars said the job offer had been rescinded. Bars said, in a statement:

After conducting a full and open competition in compliance with all Office of Personnel Management guidance for career vacancies in the Senior Executive Service, including assembling resume review and interview panels as part of the standard hiring process, a candidate was selected for the position of Deputy Director and a tentative job offer was extended, expected to commence mid-September. At this point, however, the candidate is no longer slated to commence employment at USCIS. USCIS is committed to equal employment opportunity, adherence to merit principles, and fair treatment for all employees.