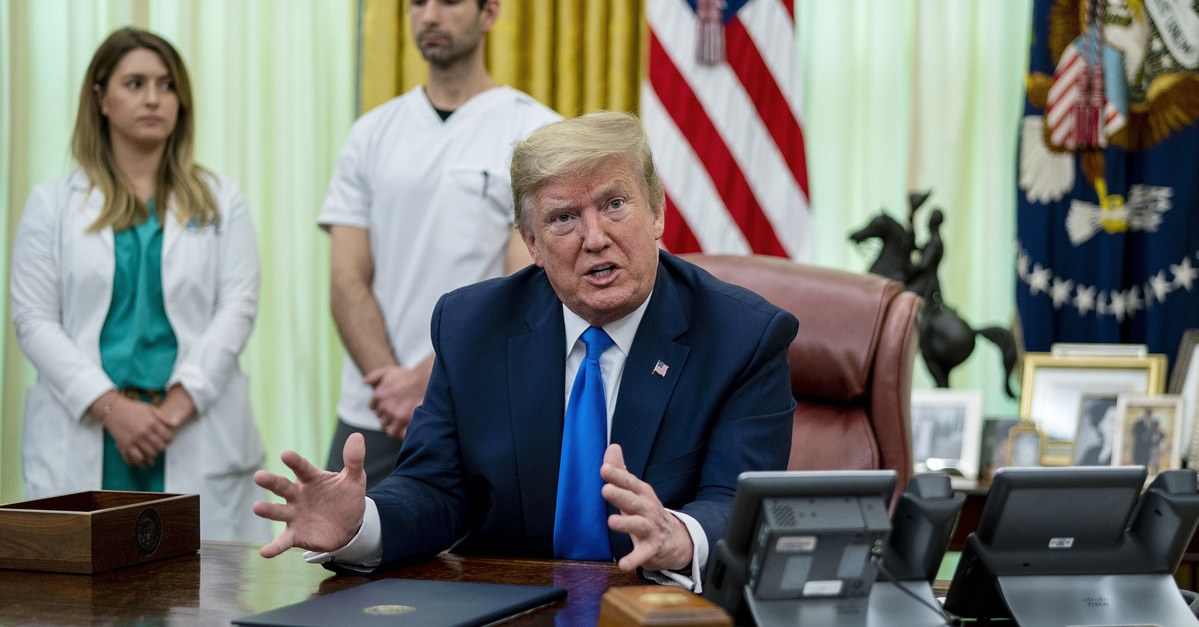 A federal appellate court gave the Trump administration a much-needed win on Tuesday, ruling that the Department of Homeland Security (DHS) can expand its “expedited removal” program allowing for the swift deportation of undocumented immigrants.

The program, which initially only applied to undocumented immigrants caught within 100 miles of the U.S. southern border who had entered the country within the preceding two weeks, will now encompass “all individuals without documentation who have resided in the United States for less than two years.”

The lawsuit, filed by immigration advocacy organizations Make the Road New York, La Union Del Pueblo Entero, and WeCount!, argued that the Secretary of Homeland Security failed to follow proper administrative procedures and decision-making processes before changing the parameters of the program.

A three-judge panel of the U.S. Court of Appeals for the District of Columbia Circuit, on Wednesday overturned a lower district court’s decision from September which had halted the program on the basis that its expansion was “arbitrary and capricious,” in violation of the Administrative Procedures Act (APA). The APA has tripped up the Trump administration in a number of cases—most recently, in the Supreme Court case over DACA.

In a 35-page opinion penned by Circuit Judge Patricia Millett, an appointee of President Barack Obama, the panel reasoned that when Congress created the expedited removal program as part of the Illegal Immigration Reform and Immigrant Responsibility Act of 1996, the law specifically allowed for the Secretary of Homeland Security to expand the program without having to go through APA’s notice-and-comment requirements [citations removed]:

“There could hardly be a more definitive expression of congressional intent to leave the decision about the scope of expedited removal, within statutory bounds, to the Secretary’s independent judgment,” the panel wrote. “Congress’s addition of the phrase ‘and unreviewable discretion’ to ‘sole’ doubles down on the confinement of the judgment to one decisionmaker, and one decisionmaker alone. The natural meaning of the statutory text is that, unless the Secretary crosses the statute’s bounds (which is not argued in this appeal), no second opinions are allowed. Tripling down, Congress teamed ‘sole and unreviewable discretion’ with the additional authority to modify that unreviewable decision ‘at any time.’”

The court determined that, based on the explicit language of the statute, the Secretary was unilaterally authorized to designate which groups of individuals—who fall within the two-year statutory range—will be subject to expedited removal.