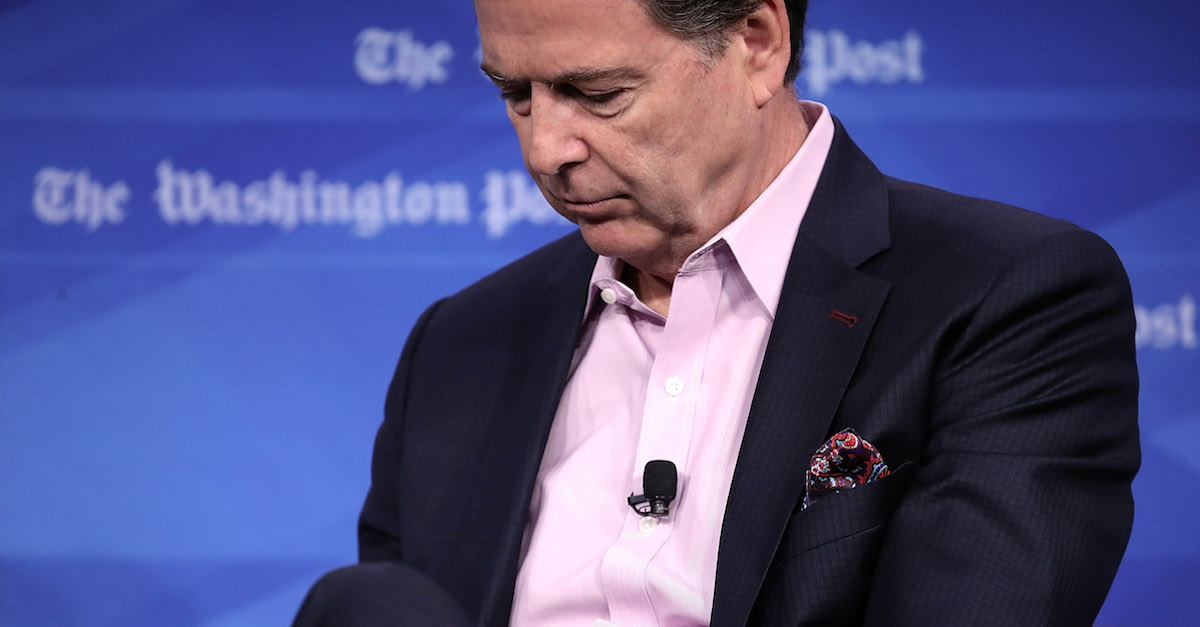 Among them is a message between fired FBI Director James Comey and FBI Chief of Staff James Rybicki from 11:04 p.m. November 5, 2016 that spoke about conclusions that could be used, “if the review when completed supports such conclusions.”

Judicial Watch claimed that this implication that the review of Clinton’s emails had not been finished at that time conflicted with Comey’s letter the following day. That letter said, “[W]e reviewed all of the communications that were to or from Hillary Clinton while she was Secretary of State,” and that their conclusions remained the same as they were in July when the investigation was first closed.

Judicial Watch received the documents as part of their Freedom of Information Act (FOIA) lawsuit against the U.S. Department of Justice (DOJ) that they filed in June of this year. The lawsuit stems from the alleged failure of the DOJ to effectively respond to the organization’s request for records related to the draft of Comey’s statement that the Clinton investigation was being closed.

They also sought records having to do with the Office of Special Counsel’s investigation into whether Comey had violated the Hatch Act, which places restrictions on political activity by federal employees.

Another email, they said, was evidence that now-former FBI Special Agent Peter Strzok was the one who drafted the letter Comey sent to Congress to announce that the probe was reopened due to emails found on Anthony Weiner‘s laptop.

That had been reported before.