Trump Said Pence Wants To ‘Hang’ All The Gays 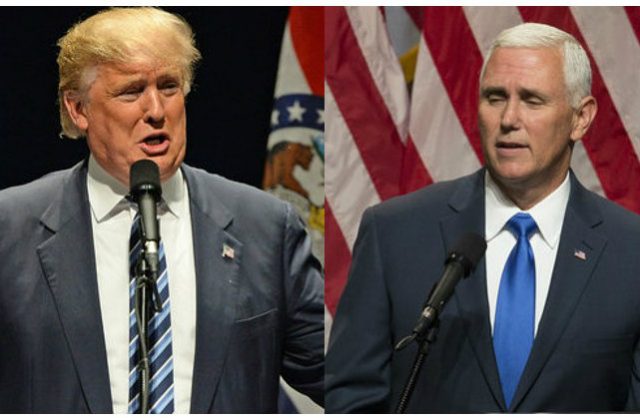 In a New Yorker story profiling the purported dangers of a would-be Pence presidency in the event of Trump’s impeachment, author Jane Meyer relays an interesting anecdote about how deep-seated Pence’s aversion to homosexuality apparently runs.

According to two unnamed sources, during a conversation about social issues, Trump repeatedly belittled Pence. When the topic turned to gay rights, Trump allegedly said, while motioning in the vice-president’s direction:

Don’t ask that guy—he wants to hang them all!

Trump has also apparently maligned social conservatives’ crusade against abortion by using the vice-president’s religiously-motivated determination as a foil. During a meeting with an unidentified legal scholar, the scholar told Trump that if the Supreme Court were to overturn Roe v. Wade, most states in the U.S. would legalize abortion anyway.

Trump is said to have approvingly accepted the scholar’s read of the situation and proceeded to mock Pence, saying “You see? You’ve wasted all this time and energy on it, and it’s not going to end abortion anyway.”

The article suggests Trump was serious about the abortion comments while suggesting he made the gay rights accusation jokingly.

But even that’s not the full extent of Trump’s ribbing of Pence viz. the latter’s religiosity.

While citing Steve Bannon, Meyer claims the president thinks Pence is “great,” but that he also likes to “let Pence know who’s boss.” According to an anonymous member of Trump’s campaign staff, the president occasionally acts catty about Pence’s faith in general.

Apparently, Trump is prone to asking people who have just met with the vice-president, “Did Mike make you pray?”