Trump is Apparently Pushing For it, But What is the ‘Nuclear Option’? 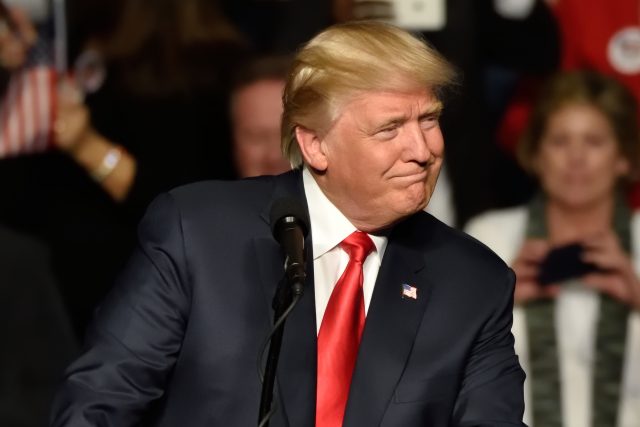 So you might have heard that President Donald Trump could urge Senate Majority Leader Mitch McConnell to “go nuclear” if Democrats try to block Judge Neil Gorsuch from being confirmed to the U.S. Supreme Court.  If you are confused about what that means, you are not alone.  Interestingly, the option was first used in 2013 by Democrats who wanted to stop Republicans from filibustering Obama’s nominees. Back then, Sen. Harry Reid instituted the option for all nominees except for the Supreme Court.

So what is the “nuclear option’?

In order for Senators to override a filibuster – which is extended floor debate in order to block a nominee — they must have a supermajority of 60 votes. If they don’t have the votes, Democrats (who are in the minority) could drag on floor debate for days and days to stall a vote on a nominee like Gorsuch. However, if Republicans institute the “nuclear option,” they could override the filibuster rule by instituting new rules that would simply require a majority of 51 votes.

Right now, the Republicans have 52 Senators and the Democrats have 46 Senators (2 independents). So therefore, if Republicans instituted the nuclear option, they would have enough votes to force a vote on Gorsuch. They would not have to get to 60 votes, which would be much more difficult. The option is controversial because it does away with decades of tradition in which the Senate gave some power to the minority.

As far as we could research, the nuclear option was first explored in depth in a 2004 Harvard Journal of Law & Public Policy, “The Constitutional Option to Change Senate Rules and Procedures: A Majoritarian Means to Overcome the Filibuster,” by Martin Gold and Dimple Gupta.

According to the experts, here is how the option works:

Defenders of the option believe that it has a basis in the Constitution. The theory is this: the Constitution says that the Senate must give “advice and consent” on judges (Article II, Section 2, paragraph 2). However, the founders knew how to impose a supermajority if they really wanted to. They decided not to make this a requirement for judges.  So therefore, filibusters are “an abuse of the Senate’s function” under the Constitution to give advise and consent.

On top of that, the Constitution puts the power of the Senate rules in the hands of the Senators. That means they are in charge of what the rules are and can change them if they want.   “Each House may determine the Rules of its Proceedings,” according to Article 1, Section 5.

Has it ever been done?

Yes, on November 21, 2013, Senator Harry Reid imposed the “nuclear option” to eliminate filibusters for President Barack Obama’s nominees, except for the Supreme Court.  “Now, a president whose party holds the majority in the Senate is virtually assured of having his nominees approved, with far less opportunity for political obstruction,”  The Washington Post reported following the move.

At the time, Senator Mitch McConnell said, “It’s a sad day in the history of the Senate.” He also called it a “democratic power grab.”

“Democrats won’t be in power in perpetuity,” said Sen. Richard C. Shelby (R-Ala.) said back in 2013. “This is a mistake — a big one for the long run. Maybe not for the short run. Short-term gains, but I think it changes the Senate tremendously in a bad way.” Ironic to say the least.