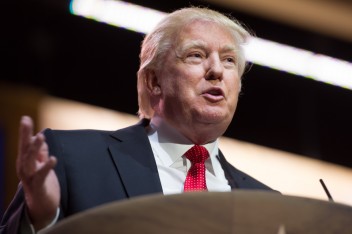 Donald Trump on Monday denied politics had anything to do with a donation his foundation made to a group supporting Florida Attorney General Pam Bondi in 2013.

“Never spoken to [Bondi] about it. Never,” Trump said. “Many of the attorney generals turned that case down because I’ll win that case in court, many turned that down.  I never spoke to her about that.”

On Thursday it was reported that the Trump Foundation was forced to pay a $2,500 fine to the IRS after a Washington Post and a liberal government watchdog group revealed the $25,000 donation.  Critics have alleged the donation was possibly tied to Bondi’s decision to not bring a fraud case against Trump University, as some other state Attorney Generals have done.

Jeffrey McConney, a senior vice president at the Trump Organization, said last week the donation was an honest mistake and the appropriate paperwork was filed as soon as they were notified of the donation.

“It was just an honest mistake,” McConney said to the Washington Post, “It wasn’t done intentionally to hide a political donation, it was just an error.”

Sopan Deb posted a transcript of Trump’s response on Monday to a reporter’s inquiry about the allegations on Twitter: