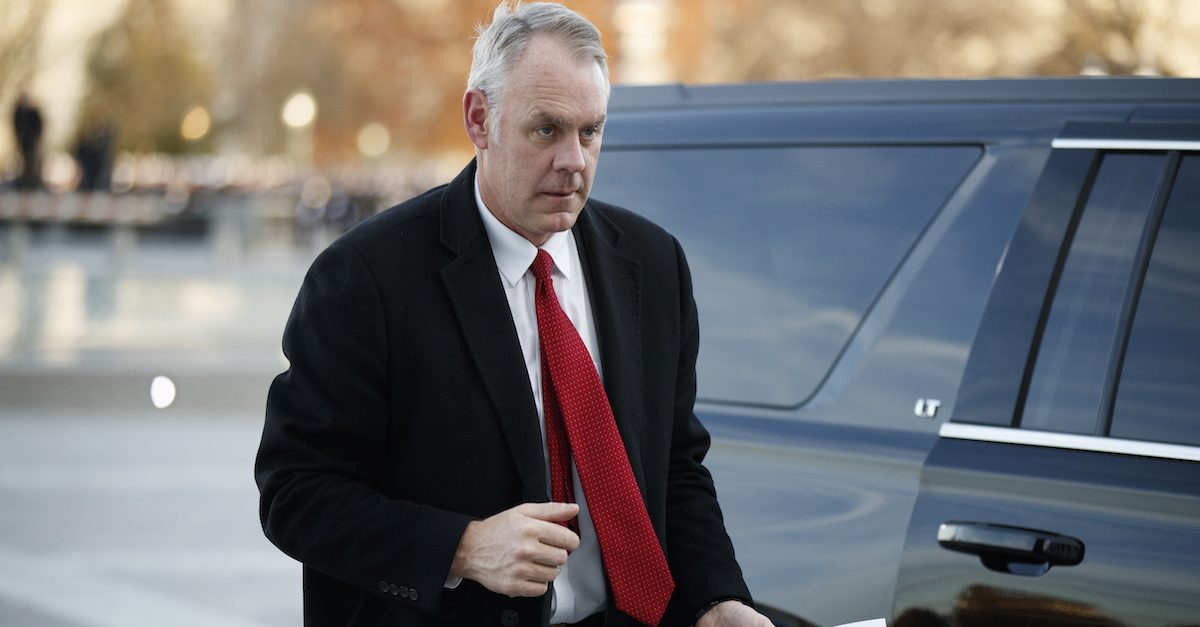 U.S. Deputy Attorney General Jeffrey Rosen rejected an effort from career prosecutors at the Department of Justice to move ahead with possible criminal charges of lying to federal investigators against Ryan Zinke, the former Secretary of the Interior who resigned in Dec. 2018 amid several investigations into his conduct while in office, The Washington Post reported on Thursday.

President Donald Trump appointed Rosen in early 2019, even though Rosen had no prosecutorial experience. Rosen reportedly told line prosecutors they had go get more evidence before going forward with a case against Zinke—a decision that left many in the department frustrated and angry, three people said to be familiar with the matter told the Post.

The investigation into Zinke stemmed from his decision to block two Native American tribes—the Mashantucket Pequot and Mohegan—from opening a casino in Connecticut. Zinke’s office had been lobbied heavily by MGM Resorts International, which had been planning to open its own casino very close to where the tribes intended to break ground.

According to the report, the tribes requested approval in 2017 to operate the casino off reservation land that give one-quarter of its revenue from slot machines to the state of Connecticut. Trump administration officials initially denied the request, but later switched their position, allowing the tribes to amend their gaming agreement with the state. MGM challenged the decision in federal court leaving the casino currently bogged down in zoning issues.

Investigators with the Interior Department’s Office of Inspector General (OIG) interviewed Zinke as part of their probe into the matter, eventually referring it to the DOJ. But OIG remains unable to release its report detailing what happened with the casino deal until prosecutors make a final decision regarding whether to pursue charges against Zinke.

“The Department of Interior should not take a position on any activity outside the reservation that is not bound by law or treaty,” Zinke told the Post in January. “I sided with a principle that I didn’t want to take a position on something that was off the reservation. I had multiple legal counselors’ opinions about what was legal. The investigators may not have liked my answers, but they were truthful.”

Rosen blocking a possible Zinke prosecution came at the same time that U.S. Attorney General Bill Barr stepped in to stop prosecutors in the Justice Department’s public corruption unit from looking into whether President Trump had broken any laws in his dealings with Ukraine, per a Wednesday New York Times report.

A person described as familiar with the case against Zinke said it’s technically still open and can be pursued by the Biden administration, though such a move may be difficult given the amount of time that’s passed.