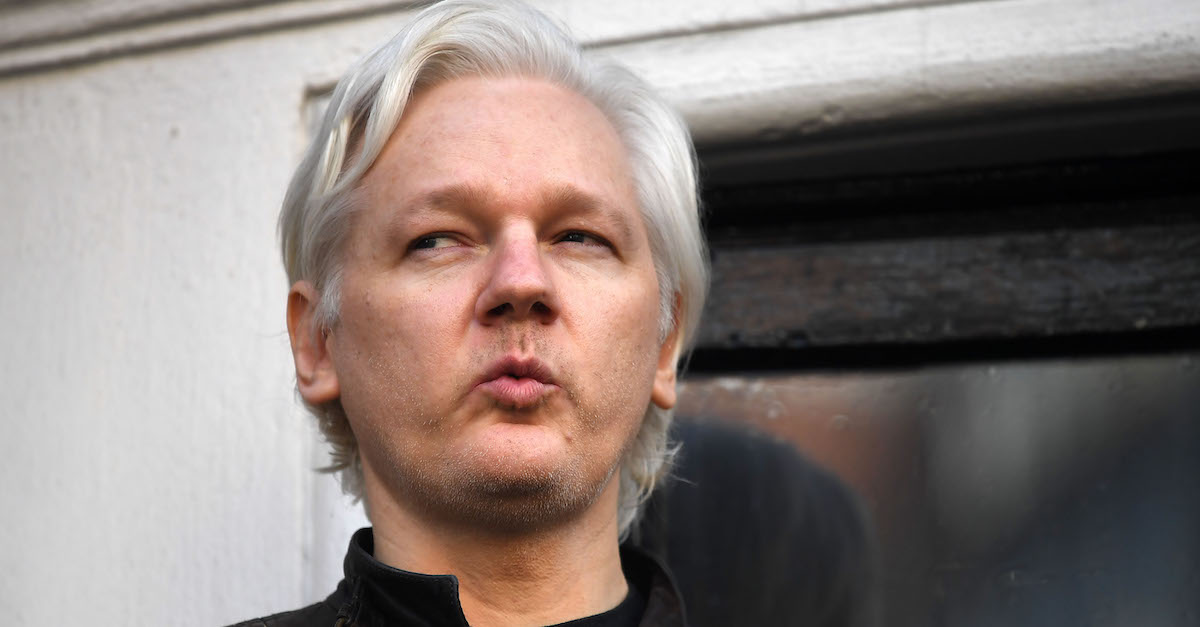 The U.S. Department of Justice (DOJ) announced on Thursday that they have indicted WikiLeaks founder Julian Assange on one count of conspiracy to commit computer intrusion. While the public was already aware of Assange’s role in publishing military documents leaked by Chelsea Manning, the indictment includes some revelations regarding Assange’s own alleged criminal activity. Here are the major points.

The main allegation against Assange in the indictment is that, in March 2010, “Assange agreed to assist Manning in cracking a password stored on United States Department of Defense Computers connected to the Secret Internet Protocol Network,” which is used for classified documents.

This agreement was made after Manning had already given WikiLeaks hundreds of thousands of classified documents, the indictment says.

2. Assange’s help was meant to hide Manning’s role in leaks

The aforementioned password would have allowed Manning to access government computer databases using an account other than her own. The indictment says that doing so would have made it more difficult to detect that she was the one leaking classified information.

3. Manning thought she was done leaking, but Assange encouraged her to do more

According to the indictment, Manning told Assange on March 8, 2010, “After this upload, that’s really all I have got left.” This was in reference to Guantanamo Bay documents she leaked to Assange. Assange allegedly replied by saying that “curious eyes never run dry in my experience.” In the weeks after this, Manning leaked U.S. State Department to Assange, the indictment says.

4. The indictment appears to solve the free speech problem

For years, speculation was that a case against Assange would be difficult to bring, due to free speech issues related to disclosing information, even when it’s classified. The Supreme Court ruled in the past that publishing information is not a crime, even when the source of the information obtained it illegally, provided the publisher was not involved in the illegal acts. The Assange indictment avoids that problem by detailing Assange’s alleged role in acquiring the information in the first place.

Early in the indictment, the government describes WikiLeaks as having “publicly solicited submissions of classified, censored, and other restricted information.” Additionally, it spells out how Assange agreed to help Manning acquire restricted documents and helped hide her involvement by “removing usernames from the disclosed information and deleting chat logs between Assange and Manning.

Not only that, the indictment says that Assange himself actively tried to hack the password himself, and asked Manning for more information related to this.

Assange was arrested in London earlier on Thursday in relation to alleged bail skipping. His extradition to the United States will be handled by the Department of Justice’s Office of International Affairs, the DOJ said in a press release.

Assange Indictment by on Scribd