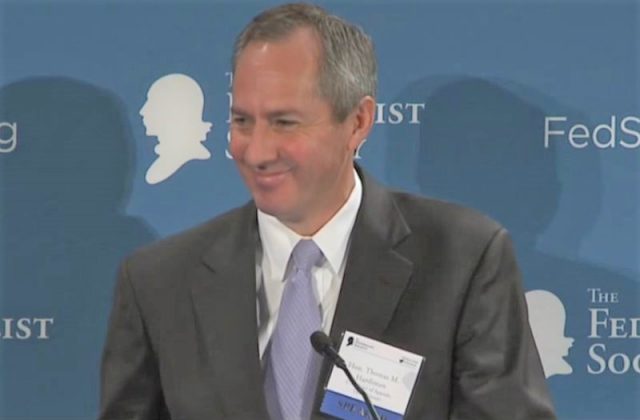 If President Donald Trump nominates federal Judge Thomas Hardiman to the United States Supreme Court, he might feel a little left out during reunion time. Hardiman would be the only current Justice not to attend an ivy league law school.

It’s not clear who Trump will pic. There are reports that indicate it will be Gorsuch. However, Trump’s sister, Maryanne Trump Barry, a fellow 3rd Circuit judge, reportedly recommended Hardiman for the job.

That is not to say all justices in history have attended Yale or Harvard Law. In fact, Justice Robert Jackson sat for the bar without graduating law school. He was only awarded a degree when he became U.S Attorney General in 1941.

Editor’s Note: An earlier version of this article said that Jackson did not graduate from Albany Law School. He was in fact awarded a degree many years later when he was attorney general.