‘This Is Not a Legal Issue’: Dershowitz Unloads on Dem Subpoena of ‘Full’ Mueller Report 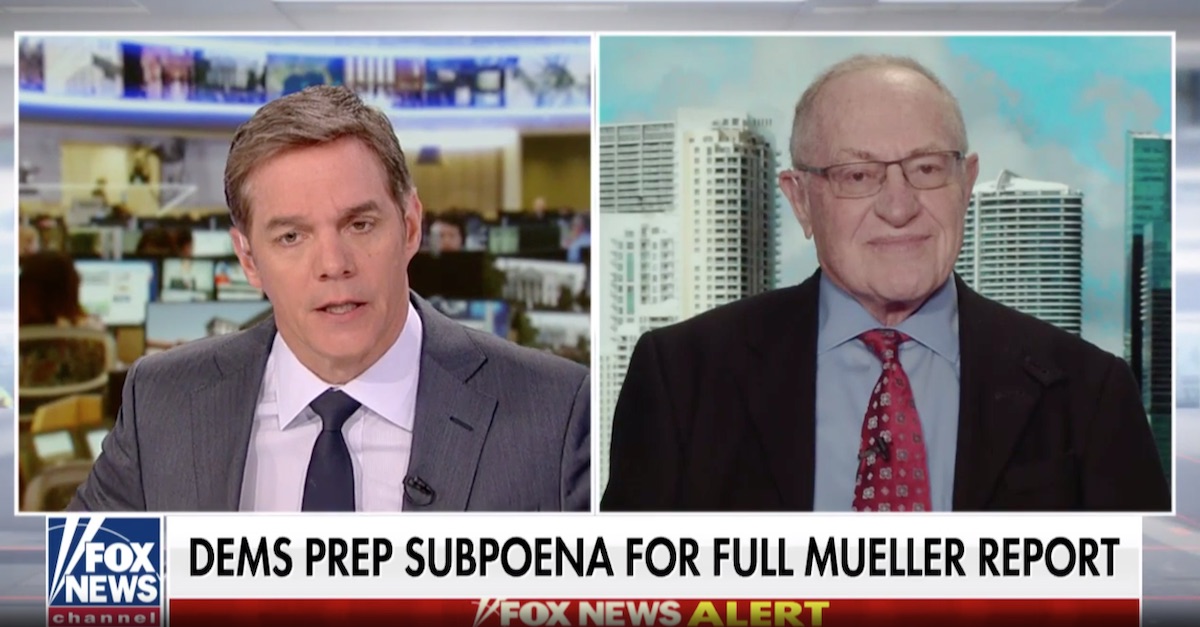 Dershowitz went on Fox News and said the move was “political,” adding that there is “no legal basis” to force Attorney General William Barr to release the report.

“The special counsel, under the rules, has an obligation to file a report with the attorney general. There’s nothing in the rules that requires the attorney general to make the report public, particularly if it contains information critical of people who were not indicted,” Dershowitz said.

He said that this is a “political issue” and a “media issue,” but “not a legal issue.” He also said Democrats would be “up in arms” if Republicans subpoenaed the “full report” on the Hillary Clinton email probe.

“I have asked the Committee to authorize me to issue subpoenas, if necessary, to compel the production of documents and testimony,” he added.

Law&Crime mentioned earlier that it looks like this subpoena effort may fall flat, resulting either in a protracted litigation that could go on for years, or the possibility that Barr may recommend that President Trump assert executive privilege over certain parts of the report. That’s how it went with former Obama AG Eric Holder regarding the Fast and Furious controversy.