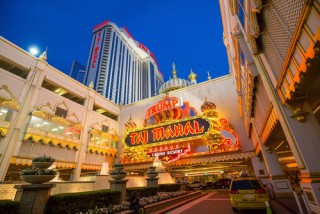 When the Trump Entertainment Resorts filed for bankruptcy in 2014, more than 1,000 employees at the Trump Taj Mahal casino lost their pensions and other benefits. Their union, the United Here Local 54, sued Trump Entertainment Resorts, claiming that the terms of their collective bargaining agreement (CBA), which include benefits, remained in effect, even though the CBA expired five days after the company filed for bankruptcy. On Tuesday, the Supreme Court decided not to hear their case, allowing the Third Circuit Court of Appeals’ decision against them to stand.

The union’s argument, according to court documents, was that the National Labor Relations Act says that even if a CBA has expired, the company has to abide by its terms until a new one is agreed upon. The Court of Appeals had ruled in favor of the company, affirming a bankruptcy court decision to abolish the terms of the CBA during the bankruptcy process. The appeals court said that by not requiring Trump Entertainment Resorts to keep the terms of the CBA, they’d be able to preserve the jobs of their employees, which was preferable to abiding by the agreement.

Since the Supreme Court will not be reviewing that decision, the workers will not be able to claim their lost benefits.