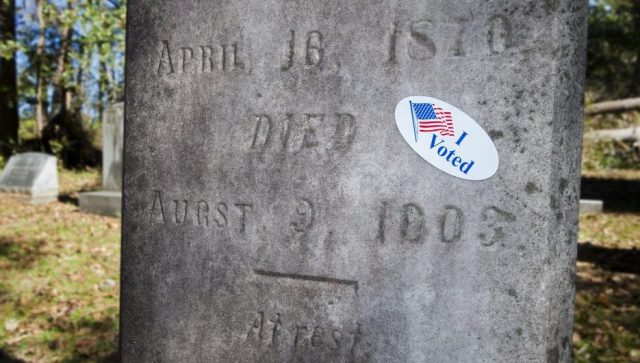 A student at James Madison University who was working for a political organization affiliated with the Democratic party was sentenced to go to prison for at least 100 days after he pleaded guilty to registering dead people to vote.

Andrew J. Spieles of Harrisonburg, Virginia entered his plea on Monday in federal court. He had been working for the group Harrisonburg Votes last summer. A U.S. Attorney’s Office spokesperson said, “In July 2016 Spieles’ job was to register as many voters as possible and reported to Democratic Campaign headquarters in Harrisonburg.”

In August, someone in the Registrar’s Office recognized the name on one of the voter registration forms as the late father of a county judge. That person called the police, leading to an investigation by local law enforcement and the FBI.

“The Registrar’s Office discovered multiple instances of similarly falsified forms when it reviewed additional registrations,” The U.S. Attorney’s spokesperson said. “Some were in the names of deceased individuals while others bore incorrect middle names, birth dates, and social security numbers.”

According to the spokesperson, Spieles said that he got names, ages, and addresses of people from “walk sheets” given to him by the Virginia Democratic Party, and then he made up birth dates and social security numbers to go with them.

When asked about these walk sheets, a representative from the Virginia Democratic Party declined to discuss the matter with LawNewz.com.