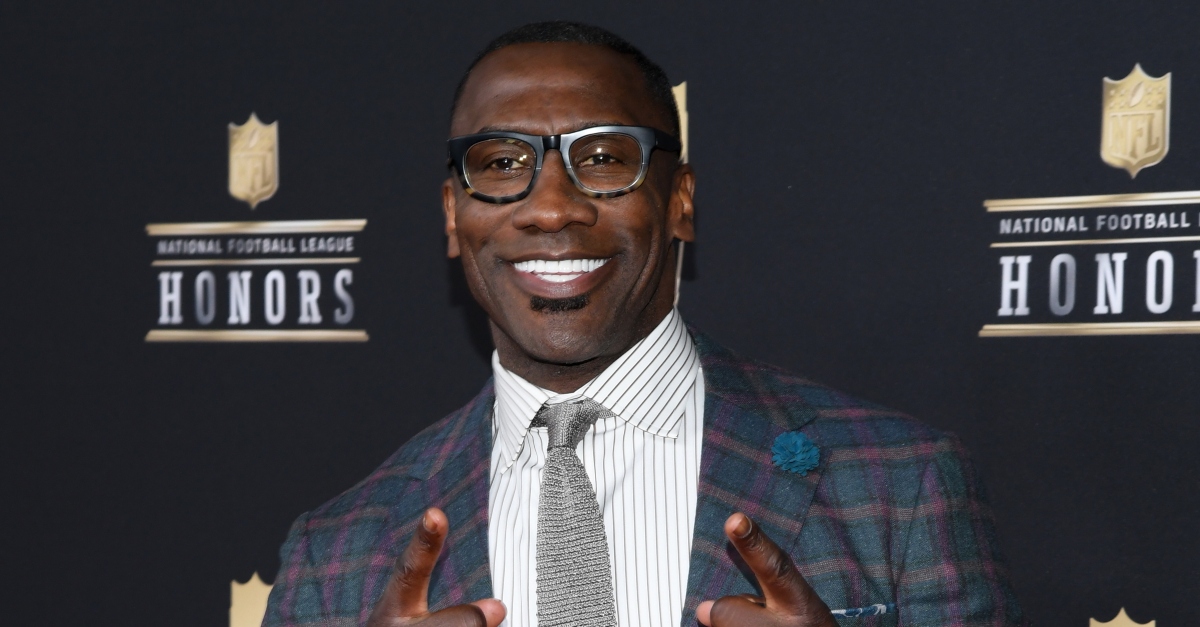 Wide receiver Antonio Brown, who faces multiple sexual misconduct allegations and denies claims, said Sunday that he’s finished with the NFL after the New England Patriots released him, but he took some parting shots on the way out. In a now-deleted Twitter rant, he knocked former boss Robert Kraft for the whole message parlor thing, and also reminded readers of other players previously accused of sexual assault. One of those players: former Denver Broncos tight end Shannon Sharpe, who is now a host for FS1. In 2010, a woman said she had had a close relationship with him, and that he abused her. She said she dropped a restraining order against him, but authorities in Fulton County, Georgia told TMZ at the time that Sharp wasn’t being investigated over this incident.

At first, the analyst, who denied the abuse claim, declined to give an immediate response to Brown’s tweets. He promised a harsh retort for Monday.

I’m getting my mind right for #Emmys2019 #redcarpet which I’m co hosting with @KellyOsbourne and @JennyMcCarthy. Ether coming tomorrow. https://t.co/DkjL5tfx5I

Sharpe posted this less than an hour later, however.

That’s a reference to rapper Daniel ‘Tekashi 6ix9ine’ Hernandez currently testifying as a government witness to avoid a possible 47-year prison stay. Sharpe soon after followed up with a tweet briefly discussing the allegation against him. He didn’t issue his own statement, but posted an excerpt from a 2017 article in The Daily Voice, that mentioned the woman who filed the restraining order against him was arrested on an arson case. It stated she had reportedly been accused of actually stalking Sharpe after he turned her down romantically.

This is in response to @AB84 and all those that want to know my situation from 2010 🤫 pic.twitter.com/GxhZPvV7pz

Brown’s tweet on Sharpe didn’t happen in a vacuum. Sharpe had publicly criticized him for how he comported himself in his public split with the Oakland Raiders, often comparing him to a clown.

1.9M ppl watched this video 2 weeks ago, applauding this 🤡ish behavior. What do the 1.9M ppl think today? I’ll leave you with this: Talent is God-given; be humble. Fame is man-given; be thankful. Conceit is self-given; be careful. pic.twitter.com/uo5y3iWDOU

ESPN, NFL network and every talk,radio show in America been talking about AB, is it personal with them? You see how 🤡ish he was, you for supporting his behavior. You’re mad at me now. FOH. https://t.co/23CEBBxxy2