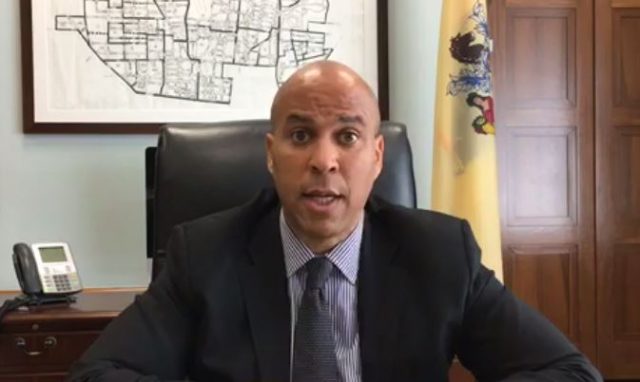 On Tuesday, New Jersey Senator Cory Booker prepared to introduce legislation that would not only decriminalize marijuana under federal law, it would encourage states to legalize it. The measure, known as “The Marijuana Justice Act of 2017,” is an amendment to the Controlled Substances Act, and would remove marijuana from the CSA’s schedule of controlled substances.

In addition to no longer making marijuana a controlled substance, the new bill—if passed—would lift restrictions on importing and exporting marijuana.

On top of federally decriminalizing the substance, the bill also takes aim at states that have not legalized marijuana. For states where use is still illegal, the bill aims to block federal funding for staffing or building jails or prisons, if minorities face disproportionate arrests or incarcerations for marijuana offenses. This aims to encourage states that have yet to legalize marijuana to pass legalization measures, or at least take extra care to make sure existing statutes are enforced proportionately.

The money that would be kept from the states would then go to a newly created federal “Community Reinvestment Fund,” which the Secretary of Housing and Urban Development would use to issue grants to drug-affected communities for the purposes of job training, community centers, libraries, and more. The bill also calls for $500 million to be allocated to the Fund each year from 2018 to 2040.

Additionally, the bill calls for federal courts to vacate convictions for marijuana possession or use. For people still serving sentences for such crimes, they would be able to file a motion for a review of their sentence, which could then be altered.

Senator Bernie Sanders also tried to pass legislation to decriminalize marijuana in 2015. It failed. Booker faces similar challenges, on top of a new Justice Department that remains steadfastly opposed to marijuana usage. In May, Attorney General Jeff Sessions issued a memo to Congressional leaders that railed against marijuana and the effects it can have on people’s lives, including “increased risk of psychiatric disorders … respiratory ailments … and addiction.”

Booker acknowledged the tough road ahead, and in a Facebook Live video message he called on people to support his efforts.

“Your tax dollars are being drained by this war on marijuana,” Booker said. He argued that tax money could better be used to improve infrastructure including rail systems. He also echoed constituents’ concerns that a flat legalization of marijuana is preferable to only allowing it for medical use, because it would remove an impediment for patients to acquire a substance that could alleviate their pain.