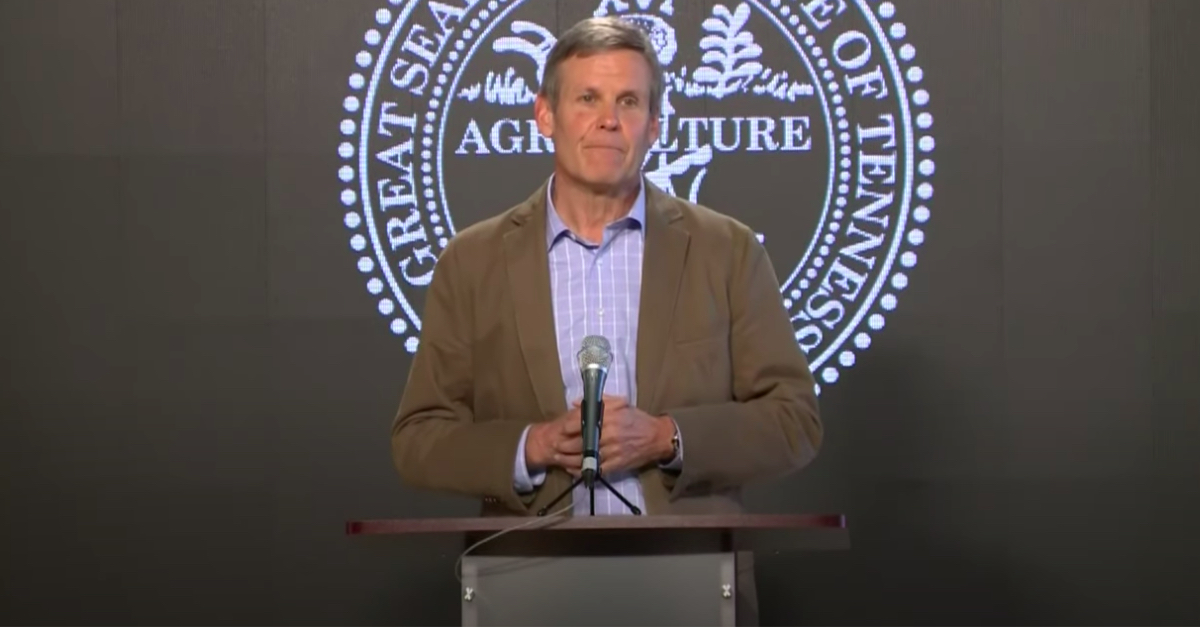 Tennessee Gov. Bill Lee (R) on Thursday signed a controversial law the will significantly increase penalties for protesters–including depriving them of their right to vote–for participating in certain kinds of demonstrations, the Associated Press reported Friday.

The state’s Republican-controlled General Assembly last week called a three-day special legislative session during which the bill was passed and signed into law without an accompanying announcement or press release.

Under the new law, persons charged with illegally camping on state property–a charge that used to be a misdemeanor—will now face a Class E felony and up to six years in prison.

The measure, which took immediate effect, comes as the state has seen nearly two months of sustained protests in the wake of the Minneapolis police killing of George Floyd.

According to the report, lawmakers defended the need for the new law by citing to a late-May demonstration where protesters lit fires inside and outside a courthouse in the state capital of Nashville and toppled a statue of a former lawmaker who was virulently racist. However, subsequent protests throughout Tennessee have been “overwhelmingly peaceful,” per the AP.

“I think what we saw was a courthouse on fire and businesses being broken into and vehicles being damaged. We saw lawlessness that needed to be addressed immediately. And that was done so,” Lee told reporters Thursday when asked about the bill.

Persons convicted of a felony offense in Tennessee are stripped of their voting rights. Additionally, the new measure imposes a mandatory 45-day sentence for aggravated rioting and increases fines for protesters who block emergency vehicles from accessing highways. The bill also makes aggravated assault against first responders a Class C felony.

“We are very disappointed in Governor Lee’s decision to sign this bill, which chills free speech, undermines criminal justice reform and fails to address the very issues of racial justice and police violence raised by the protesters who are being targeted,” Weinberg said in a statement. “While the governor often speaks about sentencing reform, this bill contradicts those words and wastes valuable taxpayer funds to severely criminalize dissent.”