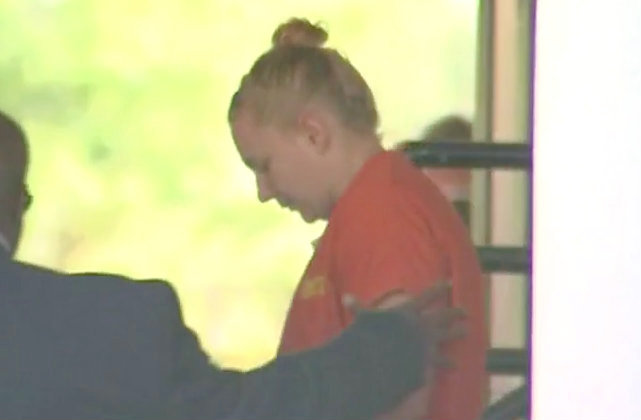 An intelligence subcontractor accused of leaking classified information was denied bail on Thursday. Reality Leigh Winner, 25, must stay behind bars as she faces one count for allegedly leaking government documents to an online media outlet.

Prosecutors convinced the judge in a Georgia federal court that she was flight-risk, and wrote disturbing statements in a notebook, according to WSB-TV.

She allegedly wrote she wanted to “burn the White house down,” and move to Afghanistan. The names of three Islamic extremists were also in her notebook, prosecutors said.  Nonetheless, they pointed out they were not accusing her of becoming a “jihadist,” or of being a Taliban sympathizer.

Prosecutors also claimed that while serving in the Air Force, Winner put a flash drive into a top secret computer, and authorities don’t currently know the whereabouts of this drive. Investigators said jail house phone calls show she meant to play on the court’s emotions during the bond hearing.

She pleaded not guilty. If convicted she could spend up to 10 years in prison.

Her parents have defended her in interviews with numerous media outlets.

“She has no history of being a threat to this nation,” stepfather Gary Davis told WSB-TV. “Only an asset.”

Federal authorities claim that Winner, a contractor for Pluribus International Corporation, was doing work for a U.S. government agency in Georgia when, around the date of May 9, she misused her Top Secret clearance to print a classified document, and mail it. That allegedly let to an article from The Intercept, which said a National Security Agency report shows the Russian government tried to hack at least one U.S. voting software supplier, and engaged in phishing efforts against at least 122 local election officials.