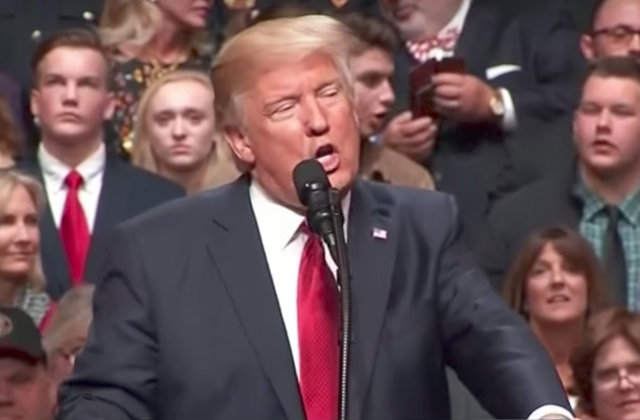 The 4th U.S. Circuit Court of Appeals will hear arguments Monday in the case that has thwarted the president’s attempt to bar certain people from entering the country in the name of national security.

The Richmond, Virginia-based court will examine a federal judge in Maryland’s ruling that blocks the administration from temporarily barring new visas for people from Iran, Libya, Somalia, Sudan, Syria and Yemen.

A federal judge in Hawaii has also halted that provision as well as the freeze on the U.S. refugee program. Trump’s administration is fighting that decision in the 9th U.S. Circuit Court of Appeals.

Trump rewrote the travel ban after the first version was stymied by the courts. Opponents say the new executive order has the same problems and cannot stand. The issue is likely destined for the U.S. Supreme Court.

Here’s what you need to know about the 4th Circuit hearing:

CAN I LISTEN IN?

HOW COMMON IS A FULL-COURT HEARING?

A three-judge panel is typically the first and last stop for most cases in the 4th Circuit. The full court will sometimes re-examine a case that a three-judge panel has heard. That usually happens a few times a year.

In an extraordinary move, the 4th Circuit has chosen in this case to go straight to the “en banc” or full-court hearing. Some of the 15 judges could be recused, so the list of those who will hear the case will be released Monday.

The judges’ decision signifies the importance of the case and their desire to settle the issue more quickly.

The court hasn’t skipped the three-judge panel and gone directly to the full-court hearing since 1998, when it considered a challenge to a Virginia law requiring minors to notify their parents before they get an abortion, according to court records.

IS THE 4TH CIRCUIT A LIBERAL OR CONSERVATIVE COURT?

The 4th Circuit was long known as the nation’s most conservative appeals court. But President Barack Obama dramatically changed its makeup, pulling the 4th Circuit to the center.

Now, nine judges are Democratic appointees — including six from Obama — and five judges are Republican appointees. Chief Judge Roger Gregory was given a recess appointment to the court by President Bill Clinton and was reappointed by President George W. Bush.

Carl Tobias, a University of Richmond law school professor, said while the 4th Circuit has become moderate, it still tends to rule in favor of the government when it’s convinced there’s a compelling case of national security.

“I think a lot depends on how the judges view the case,” Tobias said. “Is this a national security case or is this an immigration case? Or is this a religious freedom case?”

WHAT SHOULD I LISTEN FOR?

A key question for the judges is whether Trump’s own words about a “Muslim ban” can be used against him.

U.S. District Court Judge Theodore Chuang, who ruled against Trump in Maryland, said the Republican’s comments are evidence that religion — rather than national security — was the primary motivation for the policy.

Trump’s administration says the court should focus on the text of the executive order, which doesn’t mention religion. His lawyers say it’s inappropriate for the court to rely on statements Trump made as a candidate “before he swore an oath to support and defend the Constitution.” The countries were chosen because they present terrorism risks and the ban applies to everyone in those countries regardless of religion, the administration says.

The National Immigration Law Center and American Civil Liberties Union, which brought the case, say accepting that argument would mean that Trump could repeatedly declare that the ban’s “sole purpose is to harm Muslims” as long as it didn’t say so in the text of the executive over.

WHEN WILL THE JUDGES RULE?

While the Trump administration wants the court to act quickly, it will likely be weeks before the judges issue their written decision.

The judges could rule sooner on the administration’s request to let the travel ban go into effect while it considers the merits of its appeal. But even if the court does that, the executive order will remain blocked by the decision in Hawaii.

WHAT ABOUT THE 9TH CIRCUIT CASE?

A three-judge panel of the San Francisco, California-based 9th Circuit will meet May 15 in Seattle to hear Trump’s appeal of the decision blocking the travel ban by a federal judge in Hawaii.

The 9th Circuit, which Trump and Republicans say is too liberal, previously refused to let Trump’s first travel ban go into effect, prompting the administration to withdrawal the order and issue a new one.

Follow Alanna Durkin Richer at http://twitter.com/aedurkinricher. Read more of her work at http://apne.ws/2hIhzDb.