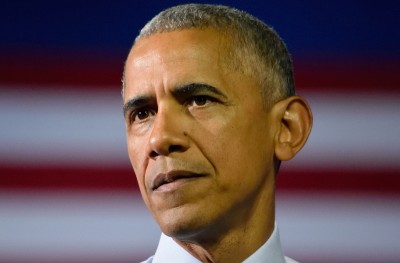 When the Obama administration came into office in 2009, one of its catch phrases was that it promised to be the “most transparent administration in history.”  Well, in its final year in office during 2016, that same administration spent a record $36.2 million to fight Freedom of Information Act requests, according to a new study conducted by the Associated Press.

According to the report, the same study also found records reveal “poor performance” by the administration in a number of other “transparency” measurement categories, including setting records for outright FOIA denials, forcing people to pay for requests and in its inability to locate any responsive records.

A majority of the spending on FOIA lawsuits was eaten up by just three agencies:  Justice Department at $12 million; Homeland Security at $6.3 million; and the Department of Defense at $4.8 million.  In 2016 alone, there were 788,769 FOIA requests made and the government spent nearly a billion dollars attempting to handle the responses overall and employed 4,263 full-time FOIA employees across more than 100 agencies that receive requests.  They had added 142 employees to FOIA positions compared to 2015.

In its final year in office, the Obama administration censored documents or provided nothing in 77% of its FOIA responses.  That number was up 12% from 65% during Obama’s first year in office back in 2009.

The report notes that spokespersons for Obama did not respond to request for comment on the story, but consistently argued throughout the entire eight-years in office that it was measuring up well to Obama’s transparency goals, compared to other administrations.  The numbers from the study, however, arguably paint a different picture.