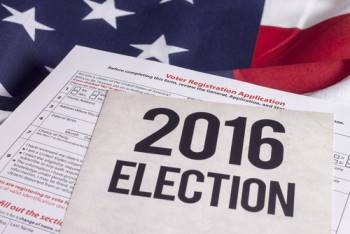 More than 200 New York voters have a joined a lawsuit that seeks to change the New York primary on Tuesday to an “open-primary” format, allowing anyone to vote for any candidate regardless of party affiliation.  New York is a “closed-primary” state that required voters to have registered by November of 2015 with the party whose primary they wished to vote in.

According to the New York Daily News, the lawsuit will be filed on Monday in Brooklyn on behalf of many New York voters who claim their voter party registration had changed — after the November deadline– without their consent to either “not affiliated” or “Independent,” which makes them ineligible to vote in the upcoming closed-primary election.  The Daily News reports the closed-primary system was implemented to prevent the practice known as “party raiding,” which is when large numbers of voters switch parties to influence their rival party’s primary.  It is suspected that many democrats in Missouri switched parties to vote for Todd Aiken in 2012 to ensure Claire McCaskill would face an easier opponent in her re-election bid.

The Daily News interviewed Joanna Viscuso, a 19-year-old student from Long Island, who told the paper that she only realized her party registration had changed to “Unaffiliated” in the last week.  Viscuso said the board of elections told her they received a party change request form from her in September, but she denies ever sending one in.

“As soon as I noticed it was changed I was infuriated and then when they said there was nothing I could do I was still infuriated,” Viscuso said. “All of a sudden we can’t vote? That’s ridiculous!”

Shlya Nelson, spokeswoman for the activist group Election Justice U.S.A., told the paper that the voter registration issues in New York are a “threat to the democratic process.”

“For many of our complainants, to have the electoral process deprived of them, it’s devastating,” Nelson said. “If the primary were open, this would be a non-issue for thousands of registered voters that have had this happen to them. By making the primary open, it eliminates one of the most vexing problems New Yorkers have dealt with in this primary season.”

A majority of the voters in the lawsuit wish to vote in the Democratic Party primary, according to the report.