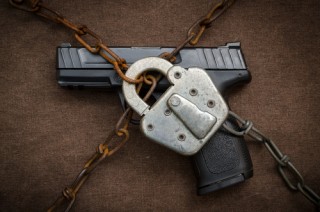 In an effort to close what is often referred to as the “gun show loophole,” the Nashville, Tennessee Fair Commissioners Board wants to restrict private sellers from engaging in gun sales at gun shows. According to a lawsuit filed on Tuesday, they’re banning gun shows altogether unless promoters get on board.

Bill Goodman, promoter of the Nashville Gun Show that operates out of the city fairgrounds, and the Tennessee Firearms Association are suing the city for saying that if Goodman and other promoters do not enforce the new rules, they won’t be allowed to rent city space. The Tennessee Fair Commissioners Board originally wanted to cancel Goodman’s contract for 2016, but eventually changed their minds, deciding instead to not rent to him again after this year. Goodman’s shows take place on a monthly basis.

The state and federal law for background checks on gun sales is that federally licensed firearm dealers (known as FFLs) must conduct background checks when selling guns to customers. Goodman’s attorney, Timothy Rudd of Scott L. Braum and Associates, told LawNewz.com that at gun shows, while the vendors are all licensed, private sellers often attend and sell guns from their personal collections to other attendees. Since they’re not licensed dealers, they aren’t subject to background check requirements. The transactions are legal, and Rudd likens it to if a person wanted to sell or give a gun to a neighbor.

The lawsuit makes two claims. One is that the city’s ban violates its own charter, which says that the Fair Commissioners Board cannot shut down events that have been going on prior to December 2010, and Goodman’s show has been running at the fairgrounds since before then. The second claim is that any action against the gun shows would have to be done by the state, and not the city. Rudd says that gun shows have been going on in Nashville for over 30 years, and he does not know why the Board picked now to change the rules, but he suspects the move was politically motivated.

We called the Nashville Fair Commissions Board for a comment on the lawsuit, but messages left for interim director Kenneth Sanders and chairman Ned Horton were not returned at the time of this writing.