Who Is Douglas Letter? | Law & Crime 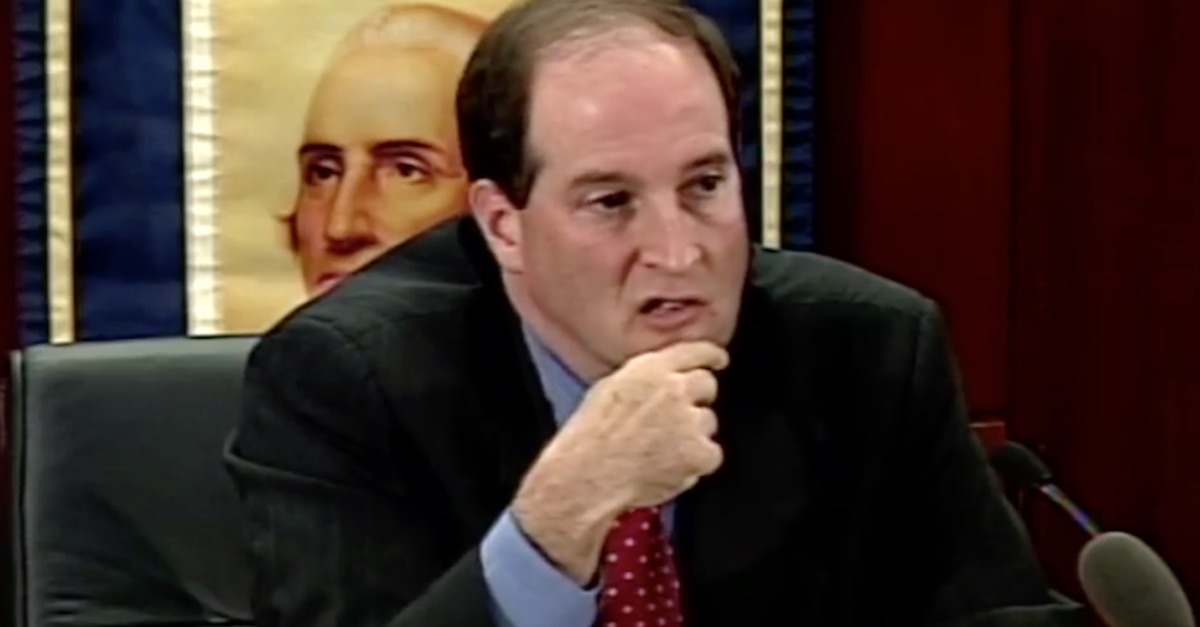 Speaker of the House-designate Nancy Pelosi (D-California) announced the hiring of 40-year Department of Justice veteran attorney Douglas N. Letter as general counsel for the House of Representatives. The move happens just ahead of Democrats officially taking control of the House in 2019, and all of the subpoena power that comes with that.

The news that Doug will serve as the top lawyer for the House of Representatives means that Nancy Pelosi & other Dems will have the benefit of sterling legal advice as they advance a legislative agenda, and as they seek to impose accountability on the Trump White House/agencies.

This is a very big deal—and a very sad thing. Doug Letter has run this office for a long time. He is an institution guy who has represented administrations of both parties through some of their toughest litigations. It says worlds that he won’t be representing this one any more. https://t.co/U6u5GRr90Q

Doug Letter personifies what is best about the Justice Department and at the same time is typical of DOJ lawyers: dedicated, smart and sacrificed to serve his country. Thank you for your service Doug. Job well done. https://t.co/j6ZTTZkgdR

Although Letter retired from the DOJ earlier this year, he continued to work as a senior litigator at the Institute for Constitutional Advocacy and Protection at the Georgetown University Law Center. When Letter left the DOJ, an NPR piece said, “40 years of experience walk[ed] out the door” with him. Pelosi said that Letter’s “deep experience” walking back through that door will be invaluable to the House of Representatives.

“Douglas Letter has an outstanding and highly decorated record of achievement in service of America,” Pelosi said. “He will bring deep experience and legal expertise to the House, as he counsels and represents our institution, Members and staff as House General Counsel.”

Letter himself said that he was looking forward to the opportunity.

“I am eager to apply my litigation experience as I take on the challenges and opportunities that come with the important position of House General Counsel,” he said.

He is the kind of institution at the department that every administration—Republican and Democratic alike—has relied on for zealous advocacy in tough and politically unpopular appellate cases and for quiet counsel on how to stay on the right side of the law.