Mossimo Giannulli Lied About Going to USC, Used ‘Tuition Money’ from His Dad to Start Company 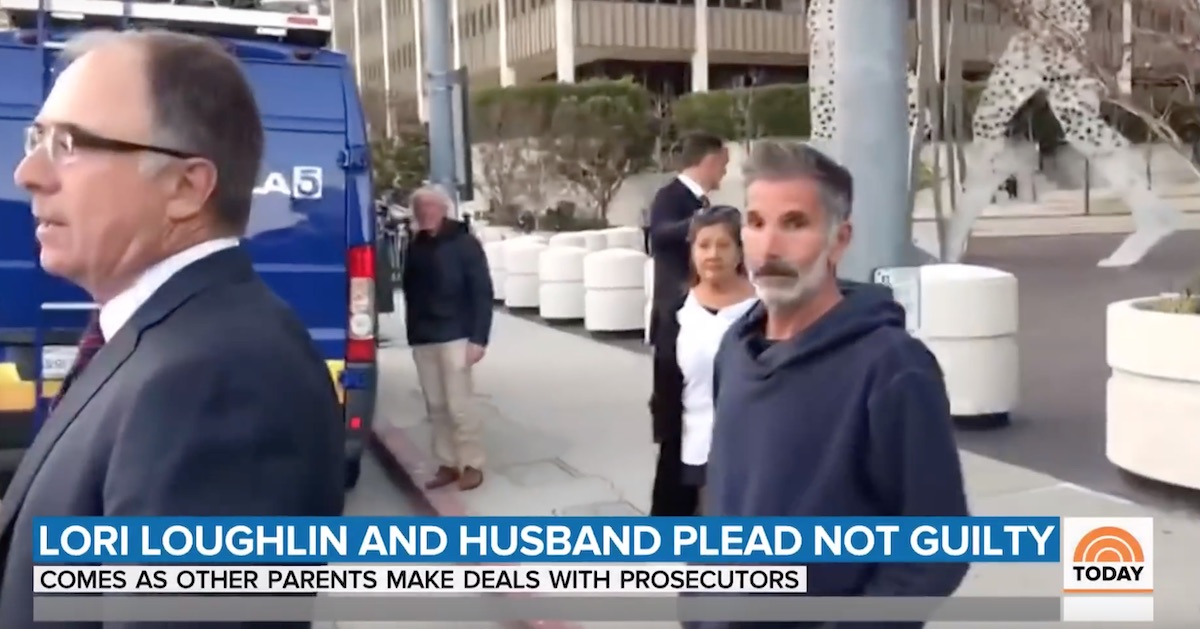 Fashion designer Mossimo Giannulli, the husband of Full House actress Lori Loughlin, once admitted during an interview that he lied about going to USC and that this is actually how he got his company started. The resurfaced profile of Giannulli by The Hundreds is making news because Giannulli is accused of bribing his daughters’ way into the very school he said he lied about going to.

In case you missed it, Loughlin and Giannulli recently decided to plead not guilty to charges of conspiracy to commit fraud and conspiracy to commit money laundering. They allegedly created fake rowing profiles to get their daughters Isabella and Olivia into USC and “agreed to pay bribes totaling $500,000 in exchange for having their two daughters designated as recruits to the [University of Southern California (USC)] crew team–despite the fact that they did not participate in crew.” Some students involved in the scandal have received target letters from federal prosecutors. It’s not clear if the Giannulli girls are among the recipients.

Loughlin and Giannulli chose a different path than other parents hit with charges, deciding to plead not guilty. Loughlin reportedly neglected a plea deal opportunity, expressed that she felt she was “manipulated” into “breaking rules, but not laws,” and smiled and signed autographs for fans ahead of her first court appearance.

The Giannulli profile speaks about the 80s, when he apparently lied to his parents about going to USC, created fake tuition bills to get more money from his father and then put that money into starting a company.

“SC was expensive, so that was how I was starting my company. I used all that cash” he said. Giannulli technically “went” to USC in the spring semester of 1984, but “not as a fully matriculated student.”

As Page Six noted, his daughter Olivia has been open about the fact that her dad lied about his college experience to get ahead.

“I don’t know if I am supposed to say this, sorry dad. But [he] was like never enrolled in college, he faked his way through it. Yeah, so then he started his whole business with tuition money that his parents thought was going to college,” she said.