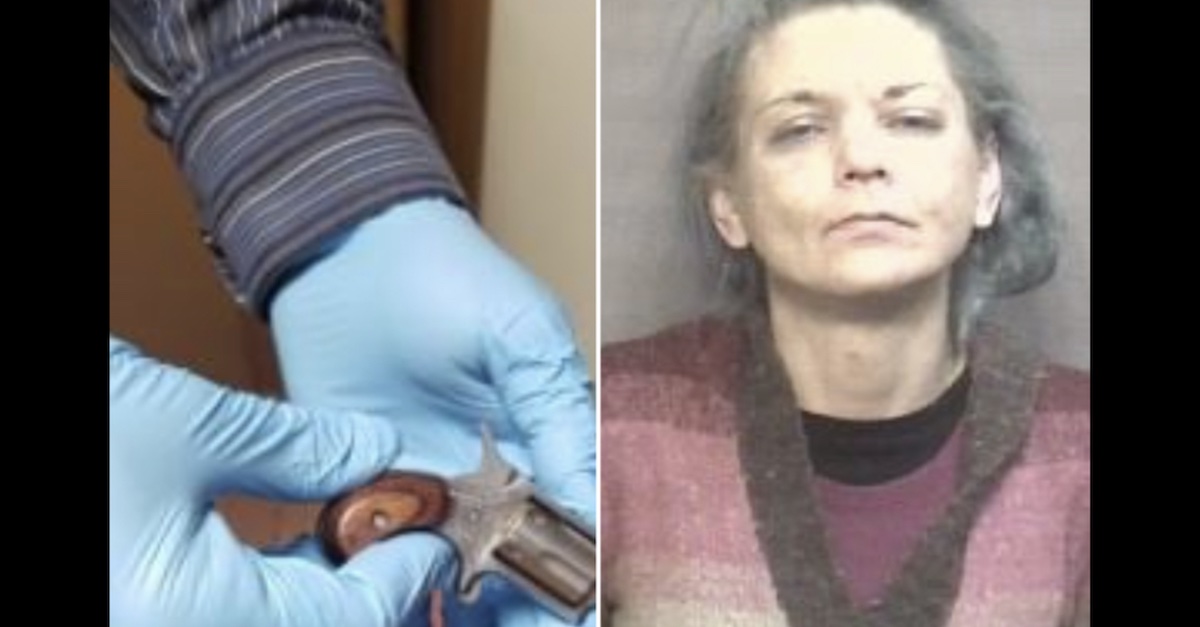 Amy Natasha Wilhite and the .22 revolver she smuggled into Boone County Correctional Facility

A Missouri woman who smuggled a pint-sized loaded revolver into a county jail by keeping it hidden in her “body cavity” was sentenced to 10 years in prison, according to court records reviewed by Law&Crime.

Amy Natasha Wilhite, 39, pleaded guilty in mid-April to knowingly possessing a weapon inside the Boone County Correctional Facility by sneaking a .22 caliber pistol through jail security on Feb. 14. Wilhite accomplished this despite being searched upon her arrest. A detention sergeant is said to have performed a “thorough pat search” at the jail, and a “procedural strip search” was conducted before Wilhite was admitted to the general population.

While several outlets have reported that Wilhite hid the weapon in her vagina, police and court records said that Wilhite “had the very small revolver concealed within a body cavity when she was brought into the Boone County Jail.” Wilhite also managed to keep the deadly contraband hidden for 17 days before the firearm was discovered by prison guards.

“At some time after being incarcerated at the Boone County Jail it is believed Wilhite removed the firearm from her body and concealed it within her personal belongings,” the sheriff’s office said in a March 3 Facebook post about the incident that included a photograph of the pistol (see above). The revolver in question was approximately “4 inches in length, 2.38 inches in width, 0.88 inches in width, and weighs a mere 4.6 ounces,” the sheriff’s office stated.

Authorities said they found Wilhite in one of the jail’s housing units in possession of the gun, which was loaded with five bullets and wrapped in a plastic bag. She allegedly told officers that she was just “holding” the gun for another female detainee, but several other prisoners assigned to her housing unit told the warden that it was her gun.

Wilhite is currently being detained at the Women’s Eastern Reception, Diagnostic and Correctional Center, which is a state intake facility.

Believe it or not, there are other examples of women who have been convicted for hiding loaded pistols in their vaginas.

See below for the charging documents.