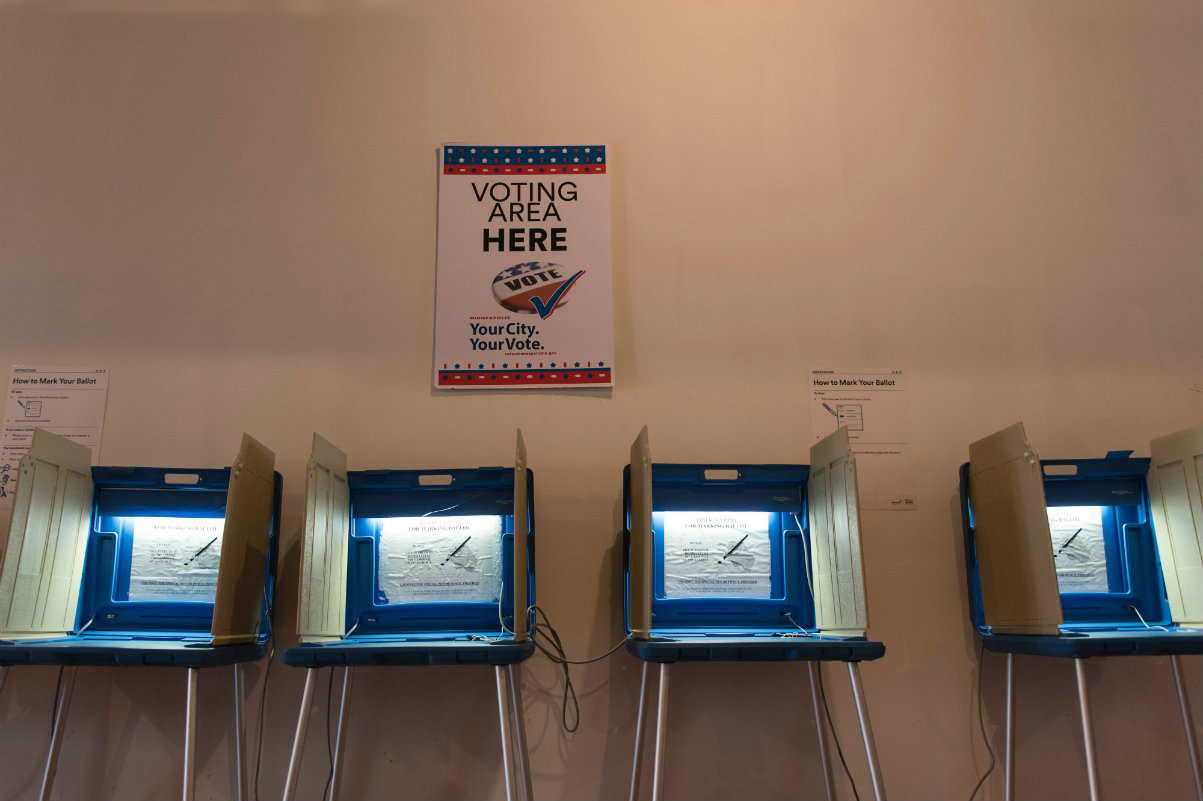 On Thursday, the U.S. Supreme Court declared unconstitutional a Minnesota law that prohibited political attire at voting polls. The statute was too broad and violated the First Amendment’s free speech clause, justices ruled. From the majority opinion by Chief Justice John Roberts:

That is not to say that Minnesota has set upon an impossible task. Other States have laws proscribing displays
(including apparel) in more lucid terms. … We do not suggest that such provisions set the outer limit of what a State may
proscribe, and do not pass on the constitutionality of laws that are not before us. But we do hold that if a State
wishes to set its polling places apart as areas free of partisan discord, it must employ a more discernible approach than the one Minnesota has offered here.

The ruling noted the U.S. Supreme Court previously upheld a Tennessee code that banned solicitation of votes, display of campaign materials, and distribution of campaign materials within 100 feet of entrances to polling places. Roberts wrote that “the plurality and Justice Scalia upheld Tennessee’s determination, supported by overwhelming consensus among the States and ‘common sense,’ that a campaign-free zone outside the polls was ‘necessary’ to secure the advantages of the secret ballot and protect the right to vote.” The problem is, Minnesota botched its law.

The Minnesota Voters Alliance (MVA) challenged the statute during the 2010 midterm elections. Violators were subject to a civil penalty, and even being prosecuted for a petty misdemeanor.

The state responded by providing guidance on how the law is to be interpreted. It prohibited apparel depicting candidates’ names, names of political parties, any message that supported or opposed anything on the ballot, any message meant to influence voting, or messages promoting groups with recognizable political views. Even so, people had issues come election day. The Supreme Court’s ruling named petitioner Andrew Cilek, who was allegedly turned away from the polls for wearing a Tea Party Patriots shirt bearing the words “Don’t Tread on Me,” and a button that said “Please I.D. Me,” in support of proposed legislation that would’ve required photo identification to vote.

Because of the special purpose behind the polling place, Minnesota could choose to prohibit apparel because of the message conveyed, so that voters could focus on the important decisions being made, Roberts wrote.

“But the State must draw a reasonable line,” he added. For example, Minnesota did not define its use of the word “political.”

“Here, the unmoored use of the term “political” in the Minnesota law, combined with haphazard interpretations the State has provided in official guidance and representations to this Court, cause Minnesota’s restriction to fail even this forgiving test,” he wrote.

Justice Sonia Sotomayor dissented, and was joined by Stephen Breyer. She argued that the U.S. Supreme Court should’ve let the Minnesota Supreme Court weigh-in on the law first “which likely would obviate the hypothetical line-drawing problems that form the basis of the Court’s decision today.”

… the Court also should consider the history of Minnesota’s “implementation” of the statute in evaluating the facial challenge here. … That history offers some assurance that the statute has not been interpreted or applied in an unreasonable manner. There is no evidence that any individual who refused to remove a political item has been prohibited from voting, and respondents maintain that no one has been referred for prosecution for violating the provision.