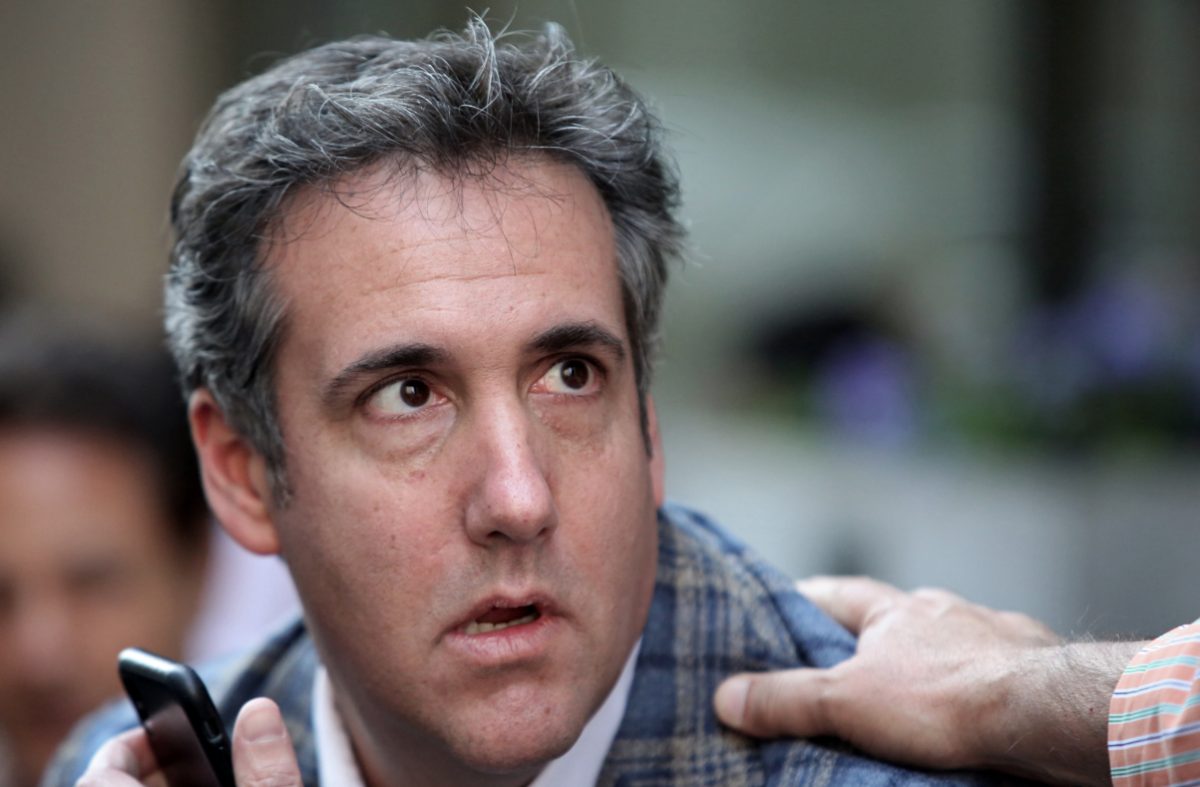 Cohen’s words were already present in the 2015 article “Ex-Wife: Donald Trump Made Me Feel ‘Violated’ During Sex,” which discussed Ivana Trump‘s use of the word “rape.” That said, it didn’t have the audio of the interview, which we now have from Mak’s current employer, NPR.

Listen to the audio below. It is just over 7 minutes long:

As you can hear, Cohen says multiple times that it would be his pleasure to serve Mak a lawsuit and ruin his career while he’s just “at the age of 20.”

Cohen warned Mak to “tread very fucking lightly” and said he would “mess [his] life up.”

“I will make sure that you and I meet one day while we’re in the courthouse. And I will take you for every penny you still don’t have. And I will come after your Daily Beast and everybody else that you possibly know. So I’m warning you, tread very fucking lightly, because what I’m going to do to you is going to be fucking disgusting. You understand me?” he said.

Cohen asserted knowledge of exactly what kind of story Mak was going to write.

He said if the story was published, there would be so many legal bills Mak wouldn’t be able to pay them off.

“You write a story that has Mr. Trump’s name in it, with the word ‘rape,’ and I’m going to mess your life up… for as long as you’re on this frickin’ planet… you’re going to have judgments against you, so much money, you’ll never know how to get out from underneath it,” he added.

Cohen also said Ivana Trump didn’t use the word “rape” literally when she said it.

“It’s not the word that you’re trying to make it into. [Ivana] felt raped emotionally… She was not referring to it [as] a criminal matter, and not in its literal sense, though there’s many literal senses to the word,” he said.

“[T]here is nothing reasonable about you wanting to write a story about somebody’s usage of the word ‘rape,’ when she’s talking [about how] she didn’t feel emotionally satisfied,” he would add.

Ivana Trump did say in a statement that she didn’t want that to be interpreted literally.

“As a woman, I felt violated, as the love and tenderness, which he normally exhibited towards me, was absent. I referred to this as a ‘rape,’ but I do not want my words to be interpreted in a literal or criminal sense,” she said.

The story went up anyway. Cohen never filed a lawsuit.