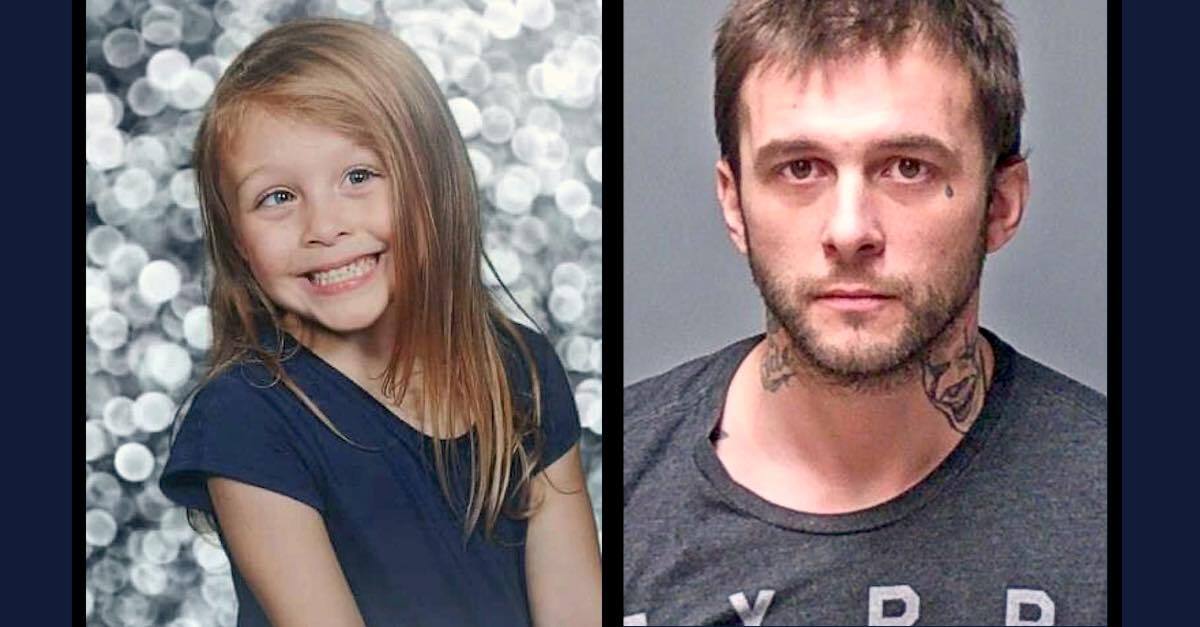 Massachusetts officials released an investigative report detailing state agencies’ handling of long-missing Harmony Montgomery, a girl who disappeared in New Hampshire at the age of five in late 2019 but who became a ward of the former state just the year before.

As Law&Crime previously reported, the girl’s missing status was not reported until late 2021 by her mother, Crystal Sorey, who lost custody of her daughter soon after she was born due to substance abuse issues. In 2014, the Massachusetts Department of Children and Families took custody of the girl and placed her in foster care.

The report, titled “A Multi System Investigation Regarding Harmony Montgomery,” painstakingly documents the child’s back-and-forth placement into the same DCF foster care home over the course of several years. Between 2014 and 2018, Sorey repeatedly regained custody of her daughter. But, on each occasion, the state took Harmony Montgomery back and away from her mother “due to Ms. Sorey’s substance abuse,” the 101-page document notes.

“Shortly after [the final foster care] placement, the foster parents expressed concern to the DCF case management team about the impact to Harmony of the repeated reunification attempts with Ms. Sorey,” the report says in a bold-text section. “The foster parents believed Harmony was experiencing trauma from the repeated return and removal from Ms. Sorey’s care. Harmony had been in the legal custody of DCF since she was two months old and in foster care for a total of approximately two and a half years of her life.”

The state’s involvement in Harmony Montgomery’s case, however, ended just a little over a year later.

In October 2018, Adam Montgomery, “sought a Review and Redetermination hearing seeking to have Harmony placed in his care,” even though he had never had custody of his daughter.

That request for a court date was granted and was slated to be held on the same date when Sorey (who previously requested the same kind of hearing) was scheduled to have her own custody hearing.

But, the report says, only the girl’s father showed up:

In February 2019 Mr. Montgomery’s Review and Redetermination hearing took place in Juvenile Court. Ms. Sorey’s Review and Redetermination hearing did not take place that day because she was not present in court. Ms. Sorey was not present for the hearing regarding Harmony because of a scheduling conflict. Ms. Sorey was in a different court on a Care and Protection case involving Harmony’s half-sibling. Mr. Montgomery’s court hearing proceeded without her.

During the hearing, one DCF attorney argued against Adam Montgomery having custody of Harmony Montgomery, but the report does not state on what basis the objection was raised. Rather, the report takes a decidedly blistering perspective on the thoroughness of the proceedings in general that occurred during the hearing.

Again the report at length:

The DCF attorney opposed the placement of Harmony in Mr. Montgomery’s custody at the Review and Redetermination hearing. However, the factual circumstances of Mr. Montgomery’s parental capacity were not adequately explored, nor was the link to Harmony’s needs and his ability to provide for them. Mr. Montgomery’s housing or employment stability was not confirmed, and there was no exploration of Mrs. Montgomery’s fitness or willingness to care for Harmony. More importantly, there was almost no evidence presented about Harmony and her needs. No attorney explored Mr. Montgomery’s understanding of Harmony’s visual impairment, her behavioral health and medical needs, or her special education services. The physical safety of the home for Harmony, who is visually disabled, was also not explored.

In February 2019, Adam Montgomery won full custody of his daughter–who he had only seen during a number of state-supervised visits when he was in and out of prison. The report estimates those visits amounted to “approximately a total of 40 hours.”

The judge who awarded him custody, however, determined that an interstate compact on the placement of children did not apply and therefore no home study was ever conducted to determine whether it was safe for Harmony Montgomery to be taken to New Hampshire and live there. Additionally, since the judge ruled that compact did not apply, New Hampshire officials “did not conduct a comprehensive evaluation of Mr. Montgomery’s parental capacity.”

Roughly one week after the custody hearing, Harmony Montgomery was taken to New Hampshire by Adam Montgomery.

“Because the Care and Protection case had been terminated by the Judge, the DCF involvement with Harmony ended,” the report notes.

The report’s findings lament “missed opportunities for prevention and intervention with Harmony and her family by both DCF and the Juvenile Court” but notes the oversight agency responsible for the report does not have any authority over the judicial branch.

“The [Office of the Child Advocate] has determined that the key finding of this investigation is that there was an insufficient balancing of Ms. Sorey and Mr. Montgomery’s rights with Harmony’s wellbeing,” one summary section in the report concludes.

Three key findings were leveled against the DCF by the agency.

“Harmony’s best interests and welfare were not presented to the Juvenile Court Judge by her attorney,” the OCA report’s first finding alleges.

“The DCF attorney did not effectively argue for the application of the [Interstate Compact on the Placement of Children] to this case, nor was the ICPC linked to any protective concerns,” the third finding alleges.

The OCA also notes the state’s general failures in regard to how Harmony Montgomery’s needs, as well as Adam Montgomery’s fitness as a potential caregiver, were assessed during the entire process.

“Harmony’s individual medical and special needs were not central to the decision-making in her two reunifications with Ms. Sorey in 2015 and 2017, nor when Mr. Montgomery was awarded custody of her in 2019,” the report says. “The delay in achieving permanency for Harmony impacted her wellbeing.”

“[Adam] Montgomery did not participate in the Family Assessment and Action Planning process, as required by DCF when there is a supported finding of abuse and/or neglect and DCF opens a case,” the report goes on. “Mr. Montgomery did not participate in most of the services required by his Family Assessment and Action Plan…Mr. Montgomery’s wife, Kayla Montgomery, was not assessed as part of the permanency planning process for Harmony.”

Harmony Montgomery would be seven years old now. Her whereabouts are still unknown.