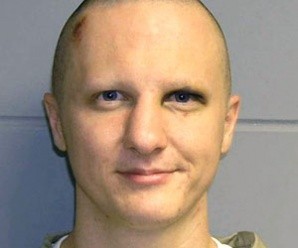 Update 3/24/16 9:06am: Reports indicate that the lawsuit that was supposedly from the Jared Lee Loughner, the man who shot Congresswoman Gabrielle Giffords and killed six others, was a hoax. The lawsuit is now alleged to have been filed by another inmate, in Loughner’s name.

Jared Lee Loughner, the man who was convicted of killing six people including a federal judge, and a 9-year-old little girl, filed a lawsuit in the U.S. District Court of Arizona seeking $25 million in damages for “emotional” and “psychological distress.” He filed the suit against former U.S. Congresswoman Gabrielle Giffords, who he also shot in the head during the Jan. 8, 2011, Tucscon, Arizona incident. In a rambling complaint filled with grammatical errors and misspellings, Loughner claims his “incarceration is illegal,” and that he was “framed.” Loughner was diagnosed with paranoid schizophrenia, but a judge found him competent to stand trial. Loughner pleaded guilty to 19 of the 49 crimes he was charged with.

His lawsuit, filed last Friday, now claims that he is innocent. He also claims:

Loughner is seeking $25 million in punitive damages, and ends the typed complaint by saying his attorney was ineffective. Here is a copy of the lawsuit: