Jack Wilson: 'I Don't Consider Myself a Hero' | Law & Crime

Man Credited with Stopping Texas Church Shooter: ‘I Don’t Consider Myself a Hero’ 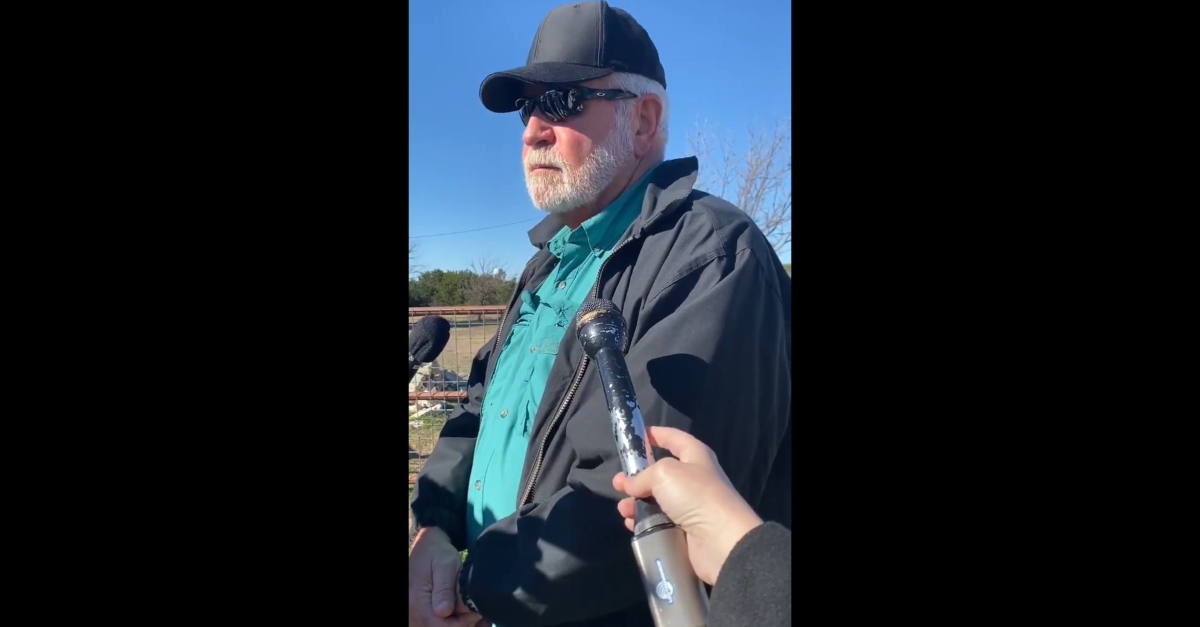 A church member is credited with stopping a gunman at a shooting in White Settlement, Texas on Sunday. A daughter of victim Anton “Tony” Wallace, 64, credits that individual with being a hero. But that man, Jack Wilson, said he doesn’t consider himself a hero.

A gunman opened fire with a shotgun at the West Freeway Church of Christ, killing Wallace and Richard White, another member of the church.

“A guy just stood up from the pew, turned toward my dad, and I guess he shot at the security guard,” Tiffany Wallace said, adding that she ran toward her father when she realized he’d been struck. “The last thing I remember was he was asking for oxygen, and I was just holding him, telling him I love him.”

“You just wonder why? How can someone so evil, the devil, step into the church and do this?” – Tiffany Wallace not only lost her father, but 64-year-old Anton “Tony” Wallace was taken feet from her and in their house of worship Sunday morning. https://t.co/R0mz0F3FVG pic.twitter.com/s4triR5XlH

“I know my dad is up there with his sister, his parents, in a wonderful place,” Tiffany Wallace said. “Not in pain anymore … He’s just in peace now. I know he’s in good hands.”

An armed member of the church security team, a congregation member, is credited with shooting the attacker dead.

One person would disagree that statement.

“I don’t consider myself a hero.”

Jack Wilson describes how he stopped a shooter at a White Settlement church yesterday @CBSDFW pic.twitter.com/dMRRoyS57u

Jack Wilson, a candidate for county commissioner, spoke to local outlets, and identified himself as the man who took down the suspect. He said he was the deacon in charge of security at the church.

“After [the attacker] shot Richard and Tony, he went and started towards the front of the sanctuary, and that’s when I was able to engage him,” Wilson said. “And I fired one round.”

“We lost two great men today,” Senior Minister Britt Farmer said Sunday night. “But it could’ve been a lot worse, and I am thankful that our government has allowed us the opportunity to protect ourselves.”

Authorities said Sunday night that they’ve determined the shooter’s identity, but they’re still working on figuring out the motive. They describe him as “relatively transient,” with roots to the area. He has been arrested multiple times in the past by different law enforcement agencies.