Liberal Lawyers Will Lose Suit Against Trump; Constitution Does Not Ban Him From White House 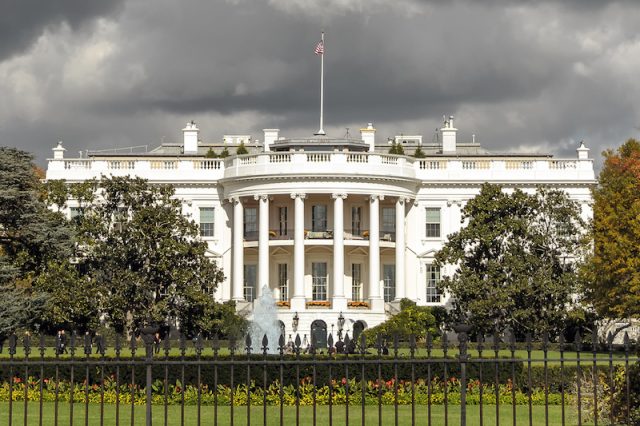 Does anyone doubt that foreign government officials purchased books published by Barack Obama? My goodness, did Obama violate the emoluments clause? That is the extraordinary and unprecedented application of law a group of liberal lawyers masquerading as “ethics” lawyers (where were they during the Clinton Foundation?) urges in their proposed suit to be filed against President Trump today. Their suit alleges that President Trump possibly receiving future, indirect revenues from workers employed by foreign governments, who might possibly stay at a Trump hotel somewhere, someday, violates the “emoluments” clause, which used to be better known as the “titles of nobility” clause until liberals thought that might expose the weakness of their legal claims. The suit will be dismissed for lack of standing, and should be for lack of legal substance, too.

First, a little history. The “emoluments” clause reflected the founders’ concern that royal agents of monarchy would buy off appointed officials by making them “king’s men,” with titles, inclusion into European royalty, and elaborate gifts. It has nothing to do with an elected official’s businesses receiving revenues from foreign state individuals, which most of the founders often engaged in. (See Sons of Liberty, and their trade engagement). The titles of nobility clause reads as follows:

“No Title of Nobility shall be granted by the United States: And no Person holding any Office of Profit or Trust under them, shall, without the Consent of the Congress, accept of any present, Emolument, Office, or Title, of any kind whatever, from any King, Prince or foreign State.”

As is immediately evident, nothing even references the Presidency, nor any prohibition on foreign commerce. Indeed, the first part of the clause prohibits the President from giving anyone titles of nobility and trying to recreate monarchy in the country through the Presidency. This alone, as other scholars and legal historians have already opined, means the provision focuses on appointed officials, not elected officials, just as it limits itself to titles, presents and offices, not business or commerce.

The best evidence of this? George Washington himself. Washington accepted personal gifts from foreign states while the first President of the United States. No one even suggested this somehow violated the emoluments clause. Hamilton himself, when requested of Congress to list the offices of the United States, included only appointed officials, not the President himself. Lastly, Washington himself held extensive business holdings while President, did not place them into any blind trust, and most assuredly profited while President from the economic actions of some foreign state actors in the course of foreign commerce.

Indeed, if this suit were correct, most of our most famous founders who became president violated the provision, as Washington, Jefferson and Jackson all held substantial economic interests while President, economic interests almost guaranteed to have profited from foreign commerce with foreign states. George Washington’s net worth is estimated at over half-a-billion dollars in today’s currency. Much of his economic interests concerned interests directly impacted by his presidential decisions. The founders would have found it ludicrous to suggest this prohibited him from the Presidency since he did not divest himself of these interests or place them in a blind trust during his Presidency. Indeed, Washington took far fewer steps than Trump has. JFK, our first billionaire president by various estimates, did not use any blind trust, and the Kennedy family wealth did not stay confined to the domestic boundaries of the United States. In fact, no president used a blind trust until LBJ in 1965, and many of them had substantial financial interests, inevitably impacted by foreign commerce with foreign states.

Aside from the substantive limitations of the lawsuit, what renders the suit frivolous is that any dispute over the emoluments clause has no place in a courtroom. This is a concern of the legislative branch in oversight of the executive branch, not the judicial branch. The suit should be dismissed, and likely will be, for lack of “standing.” This is the doctrine known as “standing” — every joe, jane, and jill don’t get to sue elected representatives because they have a new-fangled interpretation of the Constitution they want a judge to “rule” on. Even people who have to pay taxes do not have standing to challenge the tax, even if they think the tax unconstitutional. The only remedy is Congress, as expressly stated in the Constitution itself whose “assent” is needed for actual emoluments to appointed officials. Congress already knows it doesn’t apply in these circumstances, as 200 years of history tells us.

Maybe if these liberal lawyers were legal historians rather than would-be “ethicists,” they could opine on the ethics of being bad at legal history and filing frivolous suits, like this lawsuit.

Robert Barnes is a California -based attorney whose practice focuses on tax defense and First Amendment law. He is also contributor to LawNewz.com.