Who Is Larry Klayman? | Law & Crime 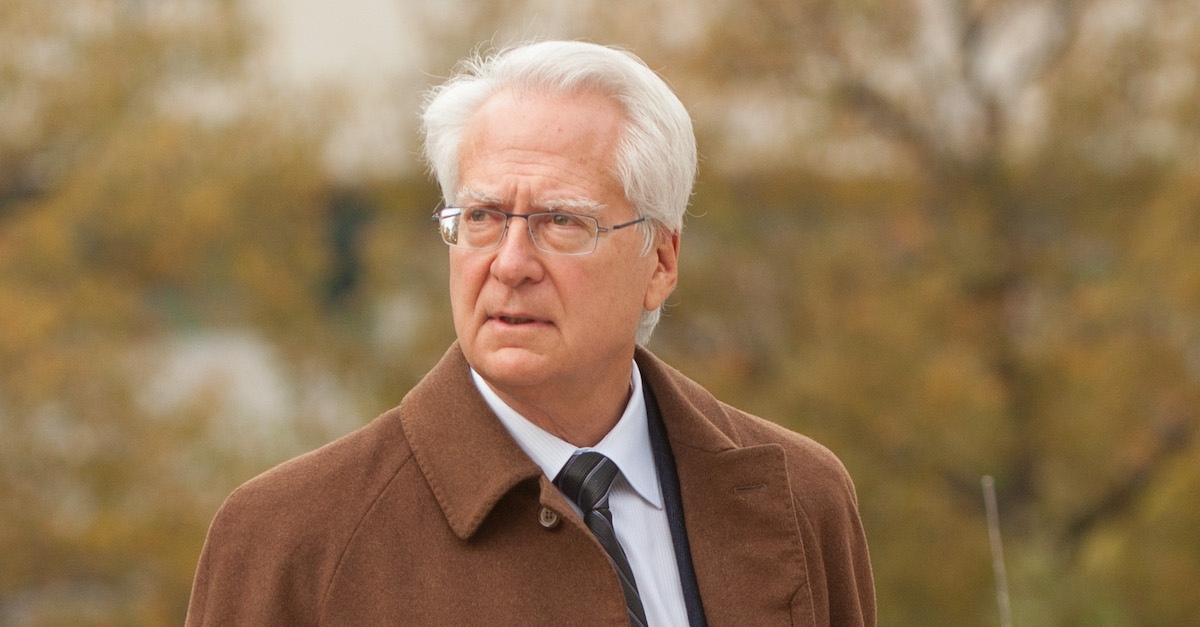 Right-wing conspiracy theorist and author Jerome Corsi has hired a new attorney in an attempt to fight back against special counsel Robert Mueller. Corsi announced on Twitter Wednesday afternoon that he would be hiring attorney Larry Klayman.

I have retained attorney Larry Klayman to assist David Gray in my defense. In a memo to my attorneys, I have instructed Klayman and Gray to file with Acting AG Whitaker a criminal complaint against Mueller's Special Counsel and the DOJ for prosecutorial misconduct in my case.

“I have retained attorney Larry Klayman to assist David Gray in my defense. In a memo to my attorneys, I have instructed Klayman and Gray to file with Acting AG Whitaker a criminal complaint against Mueller’s Special Counsel and the DOJ for prosecutorial misconduct in my case,” Corsi said.

Let’s just say this news about Klayman, who happens to be the founder of Judicial Watch, wasn’t received very well in the legal world, and for a variety of reasons. Here’s a sampling of the response:

Klayman is the lawyer equivalent of the surgeon who would surgically attach a My Little Pony to your pelvis.

Some doctors you go to because they'll hand you good drugs or surgically attach a My Little Pony to your pelvis or something, and other doctors won't.

Larry Klayman is the lawyer equivalent. You go to him because he'll indulge your "hold my beer" defense strategy.

Now there’s simply no doubt Corsi is full of it.

If you questioned whether Corsi's statements/positions are serious or frivolous, that question has just been answered through the hiring of his new lawyer. https://t.co/Y8h85P7GAO

You can’t file a criminal complaint, but whatever.

Just so you learn the lingo, only prosecutors can file criminal complaints, which are agent affidavits to obtain an arrest warrant. I think you would like to file a complaint, which is meritless. https://t.co/aKVp65djU9

As others have noted, this comes just days after Klayman told Newsmax that Trump's impeachment was "almost certain" https://t.co/37Yq1E7HfD https://t.co/EmErXtzYcn

for many, it's not a voluntary representation pic.twitter.com/D7txS7kRJP

Most recently, Klayman asserted that alleged MAGAbomber Cesar Sayoc was probably “paid off by the Democrats or people like that. The guy is not too smart.”

“He’s a former stripper, he’s a former bodybuilder and wrestler—some people are smart who do that, but he doesn’t seem too bright—and he could have been manipulated and I think there needs to be more disclosure to the America people as to who this guy is,” he added.

Klayman has also called Robert Mueller a “legal terrorist” who is “on a jihad right now.”

And, just for fun, here’s what the Southern Poverty Law Center has to say about Klayman:

Larry Klayman is a pathologically litigious attorney and professional gadfly notorious for suing everyone from Iran’s Supreme Leader to his own mother. He has spent years denouncing Barack Obama as a crypto-Communist Muslim, convening meaningless “citizens grand juries,” and railing against an endless list of enemies.

Klayman has, indeed, sued his own mother.

Larry Klayman once sued his mom because she wouldn't "pay him back $50,000 he spent on private nurses for her mother, his grandmother." https://t.co/RnVvKKiZpm pic.twitter.com/ZiBD4hxfPb