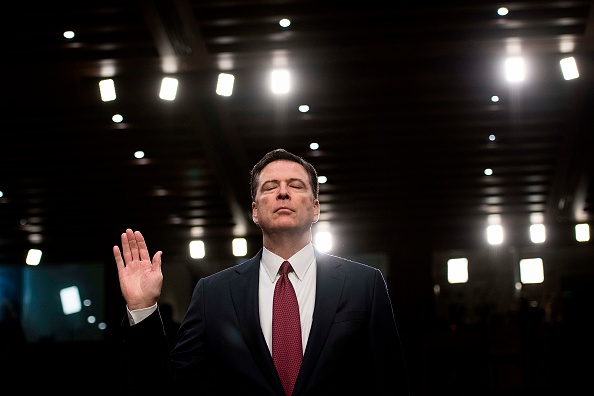 The U.S. Department of Justice’s Office of the Inspector General appears to have determined that former FBI director James Comey committed insubordination during his final months in office, according to leaked information on the yet-to-be-released report. This report may vindicate President Donald Trump‘s official reasoning for firing Comey in May of last year. Several legal experts told Law&Crime those findings, or at least what’s known so far, are very serious.

According to a review of the Federal Bureau of Investigation’s Disciplinary System, insubordination, under normal circumstances, can lead to anything from suspension to even more serious measures like termination. Interestingly, an FBI survey found that a significant percentage of FBI employees surveyed believe higher-level employees were treated more leniently in the FBI’s disciplinary system.

The alleged insubordination charge stems from Comey’s election-eve revelation to Congress that the FBI was reopening their investigation into the Hillary Clinton email server scandal. Many election observers have attributed Clinton’s loss in the 2016 contest to the release of Comey’s highly-publicized letter about said scandal and investigation.

Prepared by Inspector General Michael Horowitz, that report is said to be wide-ranging and assails Comey’s behavior related to the Clinton investigation as “insubordinate” because the former FBI director was cautioned against publicly revealing the reopening of said probe by his higher-ups at the Department of Justice.

Before sending said letter to Congress, at least one DOJ official told the FBI that publicizing the investigation would be a violation of two long-standing norms: (1) departmental policy related to the improper influence of electoral campaigns; and (2) federal guidelines which prohibit the disclosure of information related to an ongoing criminal investigation.

Recall, in Rosenstein’s letter recommending Comey’s dismissal, the assistant attorney general chided Comey for attempting “to usurp the Attorney General’s authority” when he announced the results of the FBI’s investigation into Clinton’s email server on live TV. Rosenstein noted, “It is not the function of the Director to make such an announcement. At most, the Director should have said the FBI had completed its investigation and presented its findings to federal prosecutors.”

Wednesday’s report would appear to lend some credence to Rosenstein’s initial reasoning for Comey’s dismissal.

Former federal prosecutor Bret Williams told Law&Crime in an email, “The use of a draft report is somewhat concerning, as it may change or be significantly revised.  But that said, the contents of the report and preliminary finding that Mr. Comey was insubordinate is highly concerning.” Another source noted that findings of insubordination are rare.

The obvious caveat here is that Rosenstein and Trump didn’t have the hindsight of a not-yet-complete (or even started) OIG report when Comey was first given the boot. But if the charges in Horowitz’s draft report stand–that is, if they make it to final and published version–then Rosenstein’s case is only likely to be bolstered. With that said, now that Comey is no longer in office, unless the report finds criminal misconduct, there is likely not much in the way of punishment awaiting the former FBI director.

“This strikes me as a judgment call Comey made during a pretty contentious time – people rightfully then and now can take shots at what he did (should he have been so out front of these issues and instead stay silent and defer to prosecutors, which is the normal approach, particularly during an election cycle)  But ultimately I’m not sure what he did can be characterized as ‘insubordinate'” explained former federal prosecutor Henry Hockeimer.