Kesha’s Legal Battle Against Dr. Luke is NOT Over, It’s Just Beginning 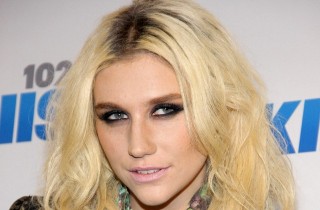 Pictures of pop-singer Kesha crying in a New York courtroom Friday have been splashed all over the news with headlines like “judge won’t let Kesha escape contract” and “Kesha forced to stay in contract with alleged abuser.” However, these headlines aren’t explaining the full story. When Manhattan Supreme Court judge Shirley Kornreich denied Kesha’s motion seeking a preliminary injunction to be released from her contract with Sony, she did not ignore Kesha’s cries. Rather, the judge’s decision was simply a statement that it is too premature at this point to let an artist out of her recording contract, and the truth regarding Kesha’s abuse allegations must be explored first.

To understand the consequences of the judge’s decision, it is important to look at how this case has unfolded. In October 2014, Kesha filed a civil sexual assault and battery claim against her record producer, Dr. Luke. The 2014 complaint outlined several alleged attacks by Dr. Luke against Kesha, beginning eight years earlier, when she was 18-years-old. The abuse allegations included drugging her multiple times, including on a plane, and one instance in which she woke up naked in Dr. Luke’s bed, remembering nothing.

To win a civil suit for sexual battery, in California (where the suit was filed), Kesha must prove three elements: 1) that Dr. Luke intended to cause a harmful or offensive contact and a sexually offensive contact resulted 2) that Kesha did not consent to the touching and 2) that Kesha was harmed or offended by Dr. Luke’s conduct. In order to prove these three elements, depositions must be taken, giving Kesha and Dr. Luke the opportunity to explain what happened, and if the case doesn’t get settled, it would go before a jury.

The benefit of pursuing a civil claim, rather than criminal charges, against Dr. Luke is that a sexual battery claim allows the plaintiff (Kesha) to not only get monetary damages, but the court may also award equitable relief, including an injunction. This means that if Kesha wins her civil sexual battery case against Dr. Luke, along with getting money, the judge could release Kesha from her contract obligation to Sony – which requires her to make six more albums with them, and Dr. Luke.

However, when Kesha’s high profile celebrity attorney, Mark Geragos, filed the civil sexual battery suit in October 2014, Dr. Luke filed a counter-claim against Kesha, arguing breach of contract – that she is not abiding by her contract obligations to him and Sony. At this point, the case was moved from California to New York, due to a forum selection clause in the contract requiring all disputes regarding Kesha’s recording contract to be litigated in New York.

Since it can take a while for Kesha’s sexual battery claim, and Dr. Luke’s breach of contract counter-claim, to be litigated, Kesha’s attorney filed a motion, in October 2015, for a preliminary injunction allowing her to be released from her Sony contract NOW. A preliminary injunction grants a party relief BEFORE the case has been litigated, and before the facts have come out; as opposed to a permanent injunction, which grants a party relief AFTER the case has been litigated, and after all facts have been explored.

Since it is a premature move to grant relief so early, before the facts have come out, Kesha’s judge was looking for three elements to be convinced that she should let Kesha out of the contract now: 1) that Kesha would suffer irreparable harm if she was forced to stay in the contract until the case is fully litigated, 2) that Dr. Luke, and Sony, by comparison would not suffer harm if Kesha were allowed out of the contract now, and 3) Kesha is likely to succeed in her case against Dr. Luke eventually, so the preliminary injunction should be granted now.

In his motion, Geragos argued that Kesha would suffer irreparable harm to her career as a pop star if she was forced to stay in the contract, because the contract with Sony is exclusive, so she can’t make music with any other record company while the case is being litigated – and in Hollywood, if you aren’t putting music out consistently, you are forgotten, and your career is over. However, the judge disagreed – Sony claimed it will allow Kesha to make music with another record producer, so she can continue putting music out with Sony.

Geragos also outlined his ultimate defense against Dr. Luke’s breach of contract claim. In the recording contract, there is an election of remedies clause, meaning Dr. Luke can either force Kesha to perform her end of the bargain under the contract by making music with him OR he can sue her for monetary damages for breaching the contract. Dr. Luke can’t “have his cake and eat it too.” By arguing the contract should be continued (and Kesha should record with him), and ALSO arguing the contract has been breached (and Kesha owes him money), Dr. Luke is violating the election of remedies clause, according to Geragos.

The most curious, and puzzling, part of the case is why no criminal charges have been filed against Dr. Luke for allegedly raping Kesha multiple times. In California, there is a ten-year statute of limitations for adult rape victims to pursue charges against their attackers (and a bill may soon be introduced in the state legislature seeking to extend that statute of limitations). Kesha was 18-years-old when she alleges Dr. Luke first raped her. She was 26-years-old when she first pursued a civil claim against Dr. Luke. Had Kesha gone to the police in 2014 with allegations of rape, and had the police presented the case to the district attorney’s office in Los Angeles, then criminal charges could have potentially been filed against Dr. Luke. If a criminal case against Dr. Luke was pursued, then it would be a lot easier for Kesha to substantiate her civil claim of sexual battery and assault.

Rape cases often come down to a he-said vs. she-said. He said the sex was consensual. She said the sex was not consensual. And rather than putting the alleged attacker “on the stand,” the victim, and her behavior, comes into question. Why didn’t you immediately go to the police? Why didn’t you immediately go to the hospital and do a rape kit? These may have been the very questions Kesha faced if she did, indeed, try to press criminal charges against Dr. Luke. Sadly, her answers may have been the very reason Dr. Luke is not facing a trial for rape.

The legal battle between Kesha and Dr. Luke is far from over, and unfortunately for Kesha, her ability to record music with another company will have to wait until the case makes its way through the justice system.

However, at least in the court of public opinion, the answer is clear – celebrities and the public alike are in support of Kesha. Sometimes the consequences of being tried in the court of public opinion can be a powerful tool. Now, up and coming female singers won’t want to work with Dr. Luke. So while Dr. Luke may never face criminal charges, and while he may even end up winning the civil suit against Kesha, his career, and his fame, have not been spared.

Mari Fagel Henderson is a contributor for LawNewz.com. She is also an attorney in Los Angeles, California.